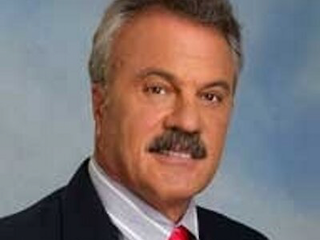 Former Virginia Beach, Va., reporter Art Kohn has been seriously injured after being hit by a truck.

Kohn, who formerly worked for station WAVY and now works for the Virginia Beach Fire Department as a public information officer, was stuck Tuesday afternoon while walking along the side of the road in Virginia Beach, a city spokesperson said. The accident is under investigation, and Kohn remains in the hospital in critical condition.

Virginia Beach Police told 13 News Now that they believe the injuries are not life-threatening, and expect Kohn to recover. The driver of the vehicle is cooperating in the investigation, they said.

Before joining the fire department as a public information officer, Kohn was a longtime reporter for WAVY. He started at the station as a photographer in 1987 and eventually became a multimedia journalist, primarily covering the military for the station.