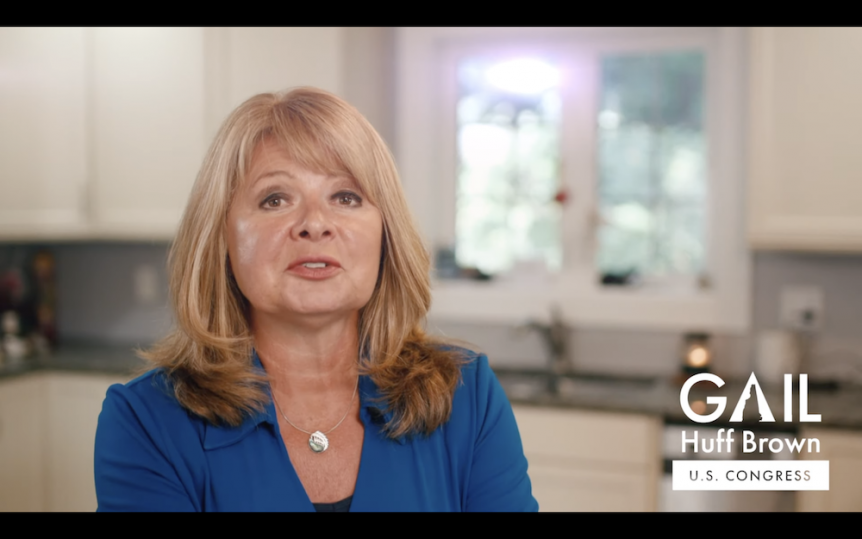 Gail Huff Brown spent three decades as a reporter in New England, and she is now eyeing a U.S. House seat.

In a video posted Tuesday, Huff Brown said she planned to run for New Hampshire’s 1st Congressional District House seat as a Republican in an effort to unseat U.S. Rep Chris Pappas, a Democrat who has served as the representative for the district since 2019.

Huff Brown has been out of the news business since 2017, when she left her role at WBIN in Concord, N.H. to support her husband, former Massachusetts Sen. Scott Brown, after the Trump administration named him U.S. Ambassador to New Zealand and Samoa.

“I am a conservative mother, military spouse and new grandmother who cares deeply about our country, and I worry about the direction we are headed and the country we are leaving behind for our children and grandchildren,” she said in the video announcing her candidacy.

Huff Brown formerly worked at Boston ABC affiliate WCVB, and had a long career in journalism before stepping into politics. She previously worked at WJLA in Washington, D.C., which she left in 2013 after Brown lost his reelection bid to Massachusetts Sen. Elizabeth Warren. She’s also worked at WLNE in Providence, R.I., WSFB in Hartford and WNCT in Greenville, N.C.