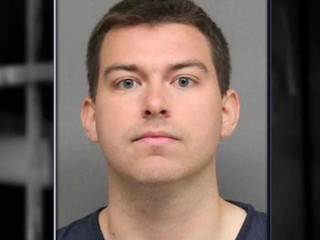 A former Lincoln, Neb., TV reporter has been found guilty of attempted sexual assault, according to KOLN.

Zach Worthington, 25, who had worked at KLKN prior to his arrest a year ago, was accused of raping a woman in his home in October 2018.

He was originally charged with first-degree sexual assault, but pleaded no contest to the lesser charge on Tuesday and was found guilty.

In the probable cause affidavit, the woman said she repeatedly told Worthington that she didn’t want to have sex. There are also text messages to support the assault allegations.

He’ll be sentenced on Jan. 6 and faces up to three years in prison.