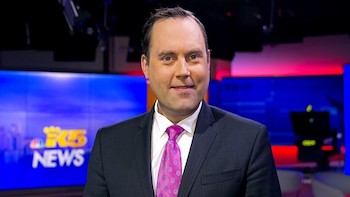 On Friday, Daniels told viewers to “stay tuned” after announcing it was his last day at the Tegna owned Seattle NBC affiliate  He’d worked at the station for nearly 20 years.

“Chris is a seasoned journalist with a reputation for tackling tough topics and relentless reporting on public issues,” said Sinclair’s svp of news Scott Livingston. “We are thrilled he will be joining our investigative team at Spotlight on America and can’t wait for him to get started.”

Daniels has also worked at KCPQ in Seattle, WZZM in Grand Rapids, Mich., and KIDK in Idaho Falls, Idaho.

“I’ve been fortunate to spend a majority of career in Western Washington—and am looking forward to bringing my brand of journalism to a national platform with Spotlight on America,” said Daniels.