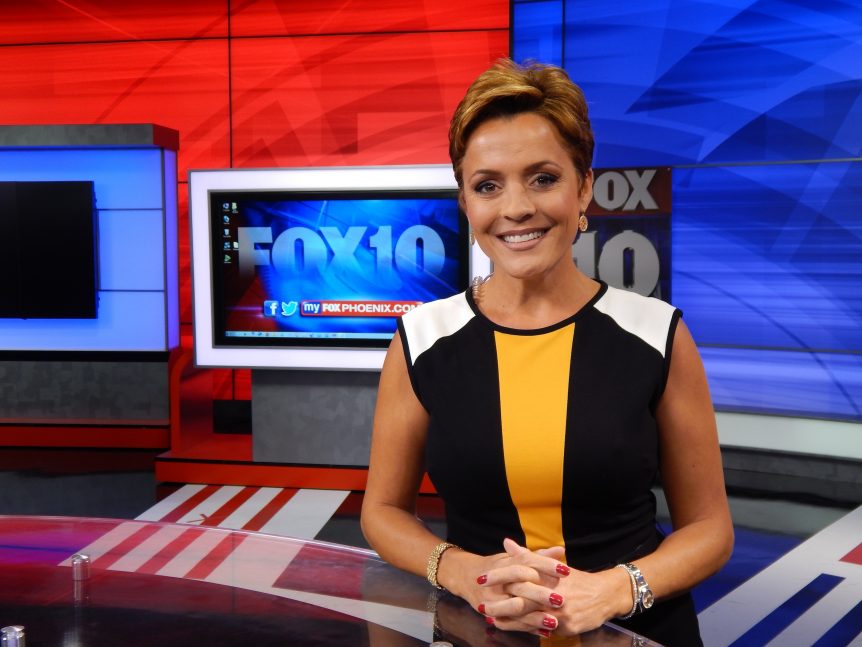 Former KSAZ anchor Kari Lake is siding with the two local journalists who used their TV time to promote undercover videos they claim show wrongdoing at their stations.

“Hey, corrupt ‘news’ media, your days are numbered! People are waking up to your propaganda, bias, & lies,” Lake wrote on Facebook. “To the honest journalists still working in the fake news, DO THE RIGHT THING & get out. Way to go brave Sisters in Truth: April Moss and Ivory Hecker! Courage is contagious.”

Last week, former KRIV reporter Ivory Hecker started her live shot at the Houston Fox-owned station by telling viewers the station owner was “muzzling” her, and she had the tapes to prove it. Hecker was fired for the stunt, and it was later revealed in those tapes that KRIV news managers rejected her pitch to cover a story about Bitcoin during the station’s early evening newscast because it would not appeal to viewers.

On Sunday, WWJ meteorologist April Moss stopped her forecast halfway through to tell Detroit viewers she was going to reveal “discrimination” at CBS.

Both reporters are working with the conservative activist group Project Veritas, which has previously released undercover recordings from news outlets in efforts to discredit them.

Lake, who was no stranger to controversy while working at the Fox owned Phoenix station, announced in May that she would run for governor of Arizona a few months after she left KSAZ.