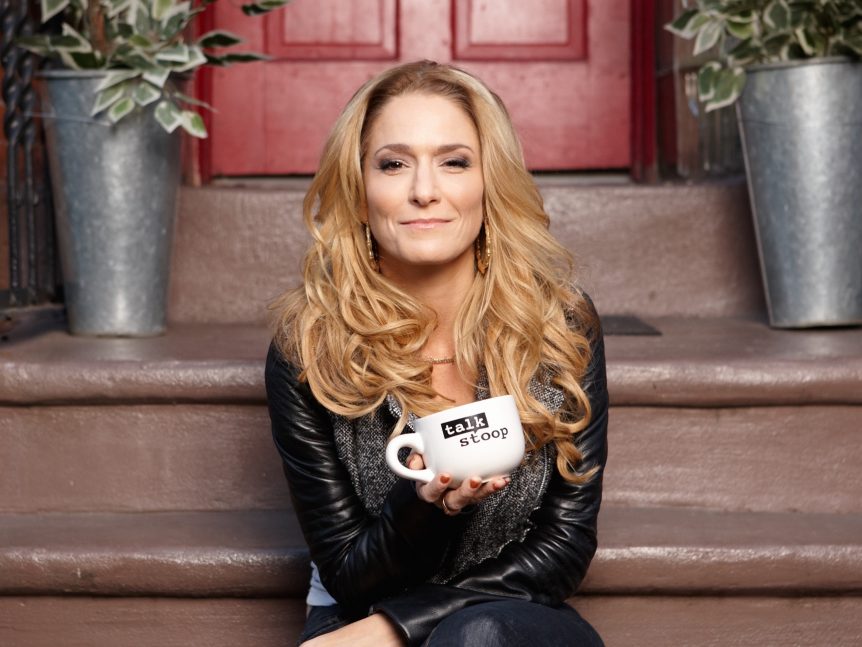 Deadline is reporting that Cat Greenleaf, the creator and former host of Talk Stoop, is suing NBCUniversal, LX TV and her former boss for discrimination. She says she was fired because of her clinical depression.

In the suit, obtained by Deadline, Greenleaf says her superiors were aware of her condition that once hospitalized her. But last November, the death of a close friend put her over the edge. She told her then boss, Meredith McGinn, and days later Greenleaf says she was let go.

According to the discrimination and breach of contract suit:

Ms. Greenleaf relapsed into a severe depression after the death of a close friend, as she revealed to her boss at the time,” the suit says. It added: “Rather than help Ms. Greenleaf confront these issues, however, just days after receiving her e-mail, without any warning, Defendants fired her.

A spokesperson for LX TV productions issued this statement: “Cat’s employment was terminated for legitimate, non-discriminatory reasons. The lawsuit is without merit.”

Greenleaf started hosting the celebrity interview show that she created in 2009. It airs on NBC stations across the country and in Taxi cabs in New York City. Earlier this week, the network announced a new host of the show but made no mention of Greenleaf.