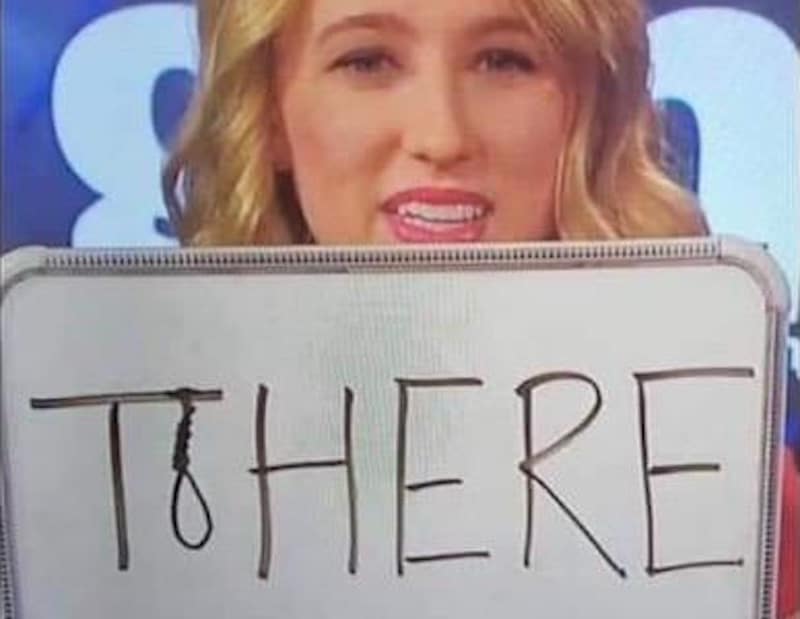 She was fired from KSWO for an offensive morning riddle that included a picture of a noose.

But Mandy Bailey says she won’t be unemployed for much longer. The meteorologist is headed to KTEN in Sherman, Okla., as the station’s new chief meteorologist.

She made the announcement on social media.

Bailey was fired after her “hang in there” riddle in February. She starts her new gig this week.

THRILLED to announce that I have accepted a position at @KTENnews as their chief meteorologist. 🌪⛈🌤☀️☔️ Starting next week you can catch me at 4, 5, 6, 9, & 10 pm! pic.twitter.com/7Y9BQ3P3lP