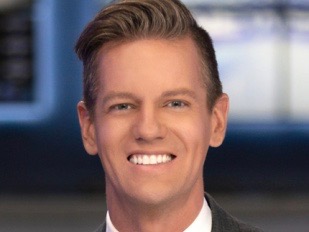 He comes from Israel’s 24/7 news channel i24News, where he worked as a breaking news anchor.

Prior to that, he worked at WEVV in Evansville, Ind. as an anchor and reporter. He also reported at WFTX in Fort Myers, Fla.

Roberts graduated from the University of Southern California with degrees in Political Science and International Relations.