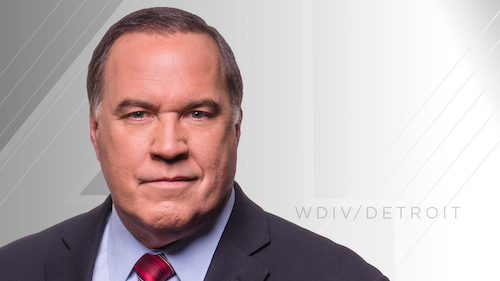 WDIV reporter and anchor Steve Garagiola will soon anchor his last broadcast after more than 40 years in local TV and 27 years at the Detroit station.

The journalist for the Detroit station announced the news on Facebook. His last day will be Sunday, Dec. 5.

“Those of you who know me well, know that I am not one for long emotional goodbyes,” he wrote. So, I have waited until now to post this. My hope is to avoid the question, ‘Hey, whatever happened to Steve?’ I am retiring.”

Garagiola started his career at WILX in in 1977 and joined WDIV in 1995 as a sports reporter. He switched to news after covering the 1996 Summer Olympics in Atlanta and reporting on the bomb that went off in Centennial Park. Garagiola’s father, Joe Garagiola, was a former major league baseball player who also had a successful career in broadcasting, anchoring NBC’s Today Show in the early 1970s and later in the 1990s.

WDIV general manager Bob Ellis has worked with Steve Garagiola since his first year at the station.

“When I first started, I worked really closely alongside Steve and there is no better storyteller,” Ellis told the Detroit Free-Press. “There’s no better journalist. Steve is truly one of a kind and I mean that in the most positive way. He’s got an enthusiasm of spirit that’s contagious. He’s got the ability to motivate those around him and inspire them to do better. You just don’t find many like Steve.”

Garagiola said that he “will continue to see some of you at Kroger, Home Depot or possibly a sporting event where (like you) I will be attending as a fan. Metro Detroit is our home and always will be.”

“Now,” he added, “I am eager to discover what adventures await in this next chapter.”