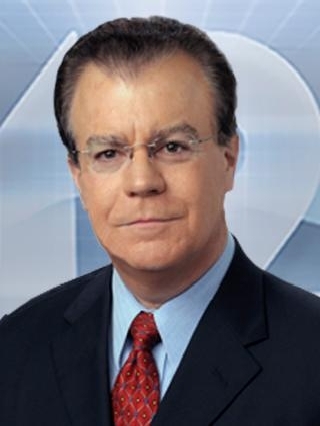 Braun told viewers on Facebook he is not retiring and he is “NOT” being forced out, emphasis his. He said despite being offered a “generous contract,” he is choosing to leave. One reason, Braun said, is “I don’t feel I fit well with the Sinclair News model.”

Last year, Braun was one of dozens anchors working at Sinclair owned stations who were featured in a Deadspin supercut of them reading a script handed down by the parent-company.

“Over the last couple of days, many of them have been the subject of misdirected criticism for the script Sinclair required them to read for its recent promotional campaign,” SAG-AFTRA, the Screen Actors Guild-American Federation of Television and Radio Artists told Kiesewetter at the time.

Addressing his departure, Braun told viewers, “I’ll have more to say at 6 on Friday the 28th on the air.”

Here’s a transcript of the Sinclair script read in part by Braun last year. The script below has been transcribed by ThinkProgress based on the KOMO (Seattle) version:

(B) Our greatest responsibility is to serve our Northwest communities. We are extremely proud of the quality, balanced journalism that KOMO News produces.

(A) But we’re concerned about the troubling trend of irresponsible, one sided news stories plaguing our country. The sharing of biased and false news has become all too common on social media.

(A) Unfortunately, some members of the media use their platforms to push their own personal bias and agenda to control ‘exactly what people think’…This is extremely dangerous to a democracy.

(B) At KOMO it’s our responsibility to pursue and report the truth. We understand Truth is neither politically ‘left nor right.’ Our commitment to factual reporting is the foundation of our credibility, now more than ever.

(A) But we are human and sometimes our reporting might fall short. If you believe our coverage is unfair please reach out to us by going to KOMOnews.com and clicking on CONTENT CONCERNS. We value your comments. We will respond back to you.

(B) We work very hard to seek the truth and strive to be fair, balanced and factual… We consider it our honor, our privilege to responsibly deliver the news every day.

(A) Thank you for watching and we appreciate your feedback.