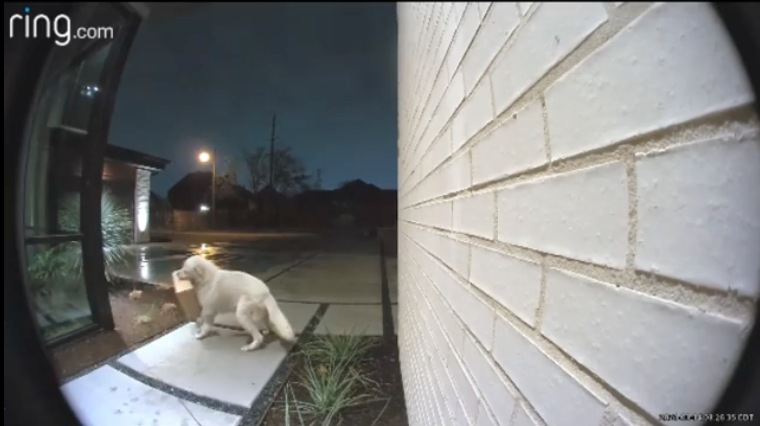 Whoever said there are no bad dogs, hasn’t seen the video Dallas anchor Jenny Anchondo captured of a local porch pirate.

Anchondo, who works at Dallas CW affiliate KDAF, says she was shocked when her Ring camera caught the K-9 thief in the act. She added music and posted the footage to instagram.

Dallas radio host Sybil Summers said the same thing happened to her neighbor last year. She posted that video to the radio station’s website as well as on Twitter:

Be on the lookout for these porch pirates in E. Dallas. My neighbor Chris spotted this on his @ring camera. pic.twitter.com/MS0d47IRNv