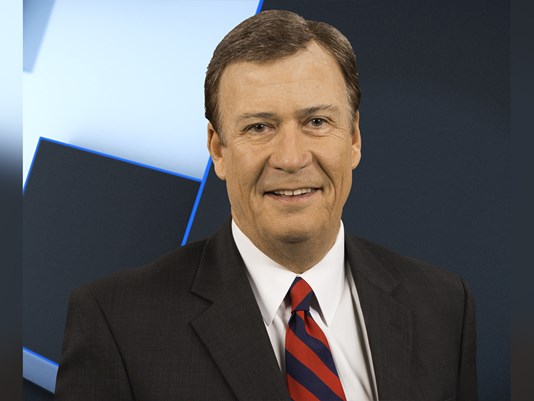 KIII anchor is celebrating a major anniversary in the main anchor chair in Corpus Christi.

Joe Gazin has spent 40 years as the primary anchor at the Tegna owned ABC affiliate.

“Joe’s knowledge of our South Texas communities, coupled with his direct approach to newsroom leadership, are
key assets in continuing our tradition of being the #1 station and the undisputed news champion of South Texas,”
said Dan Robbins, KIII president and general manager.

Gazin only worked at one station prior to KIII in Wisconsin in 1975, which eventually led him to Texas. Gazin is a graduate of the University of Southern California.

As he marks 40 years, he will continue to anchor the 6 and 10pm weekday newscasts.