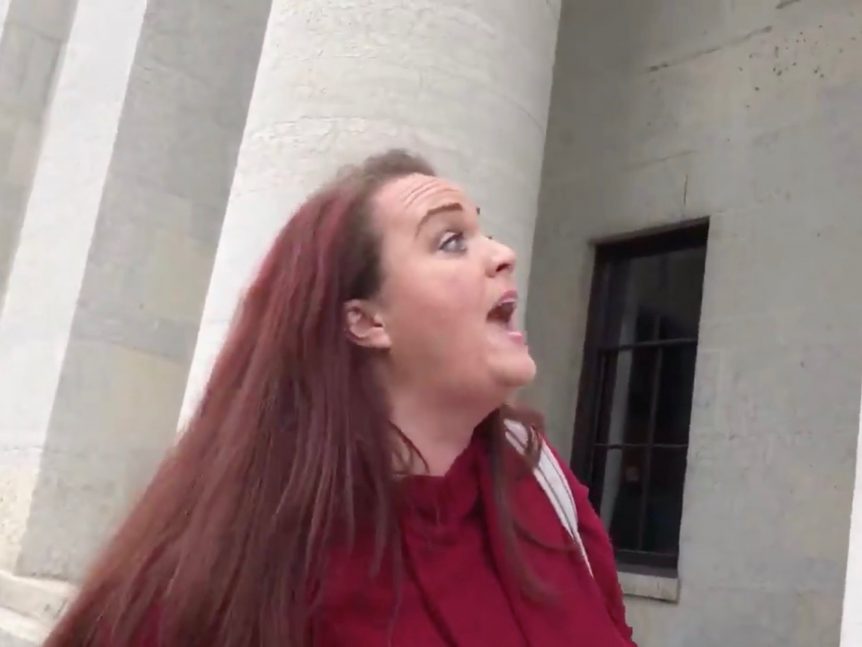 Video of a Columbus, Ohio, reporter getting harassed during a protest outside a courthouse is going viral.

The video on Twitter shows an unidentified woman who wasn’t wearing a mask and not abiding by the six-feet rule yelling at NBC4 reporter Adrienne Robbins for what she thought was fear-based reporting on the coronavirus.

You see the woman yelling at Robbins, telling her she’s sweating, uncomfortable and demanding she say her age.

“Do you know the company you work for is lying to the American people?” the woman said to her face.

Robbins continued to ask the woman to keep her distance. She was eventually led off by someone.

Here is the tweet after the incident from Robbins who kept adjusting her mask after the woman got closer and closer to her to make a point.

I asked this woman to respect my space after she was yelling and spitting in my face. She said i had no right to social distancing in public and continued to follow me. Complaining about my mask (that is meant to protect her and those around me). https://t.co/M7BX888z11