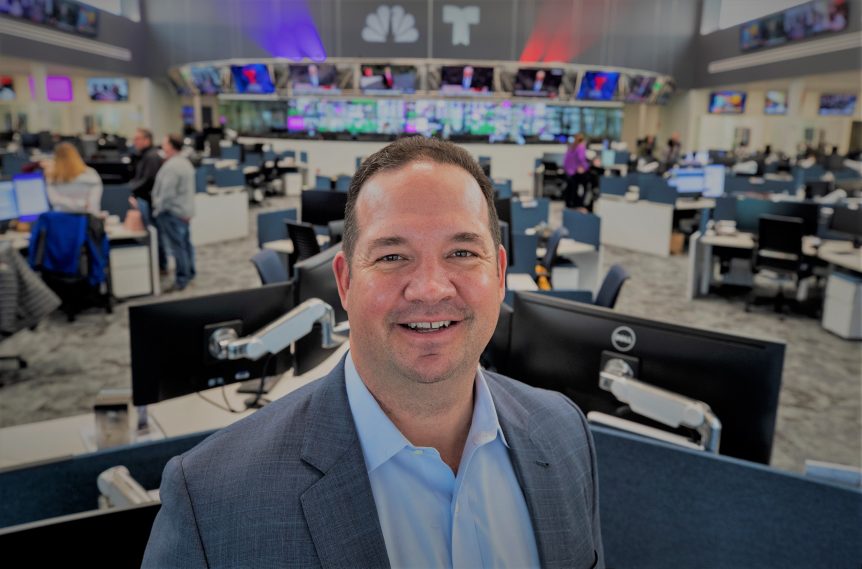 NBC Universal is consolidating management across its Boston-based news and sports properties.

Effective immediately, Chris Wayland has been promoted to president and general manager of NBC10 Boston, Telemundo Boston, WNEU and regional cable network NECN. He will continue to hold those same positions at NBC Sports Boston.

He’s taking over for Mike St. Peter, who will leave his role as president and gm of all the Boston stations and NECN to take on a temporary corporate-level job to support the division’s news operations.

“Chris is a great leader who’s worked very hard to earn the trust of our Boston staff in a very short amount of time. I look forward to the new milestones he and our Boston teams will accomplish together, building upon the great work that Mike has done for our Boston businesses,” said Valari Staab, president of NBC Owned Television Stations.

“Mike is a solid news guy with extensive experience managing multiple stations and newsrooms during demanding times. At a time when our news teams are facing immeasurable challenges, Mike’s support for our news operations is critical. I’m pleased that he will stay on a little longer with our division to help with what is needed right now,” added Staab.

Earlier this year, all the NBC properties in Boston moved to the NBCUniversal Boston Media Center, which combines four stations under one roof.