NEXT:Local TV is Estimated to Haul in $20.9 Billion in Ad Revenue This Year
PREVIOUS:Pregnant WRDW Anchor Laura Warren Fights Back Against Body Shamer

Stations in Chicago have held onto their social media rankings over the last 30 days, according to Share Rocket data. All seven stations held steady in their positions. WLS, the ABC-owned station, is in first place with a 33.8 overall Share, WFLD, the Fox-owned station, improved slightly with a 31.2 Share and WGN, the Tribune-owned station came in thrid with a 21.9 Share.

On Facebook, the fight for first between WLS and WFLD did heat up. WFLD’s Jenny Milkowski helped close the gap between the two stations. Her Facebook page was the No. 1 individual in the market with a 1.93 Share and generated more than 200,000 Engagements. WGN’s Morning News Facebook page was No. 1 sub-brand in the market.

Among individuals overall, Milkowski led the way with a 1.75 Share, followed by a couple of WGBO talents, Ericka Pino (0.85 Share) and Ericka Maldonado (0.72 Share). WFLD’s Natalie Bomke more than doubled her Engagement compared to 30 days prior, which increased her overall Share by +77.2% in the last month.

Of the top 10 individuals in the market overall, four are with WGN, three are with WFLD, two are with WGBO, and one is with WLS. 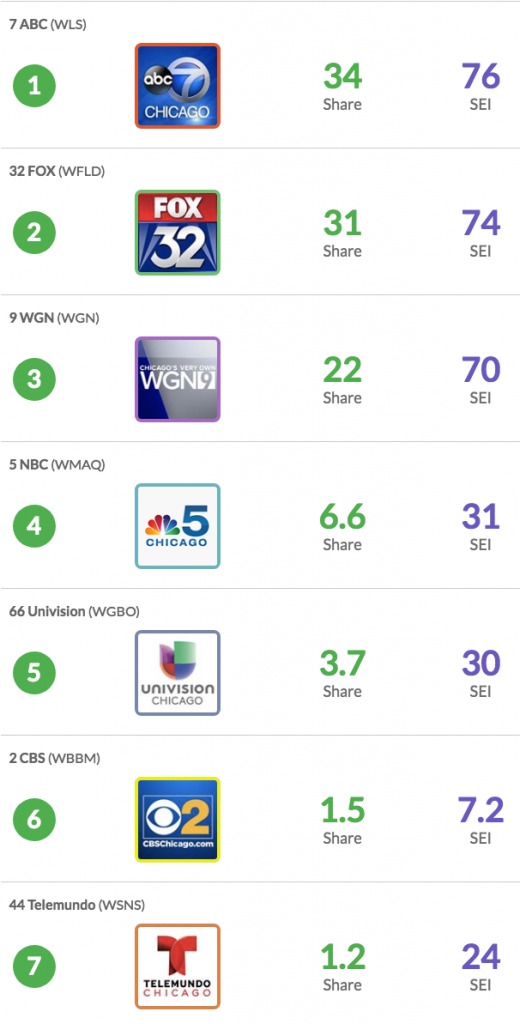 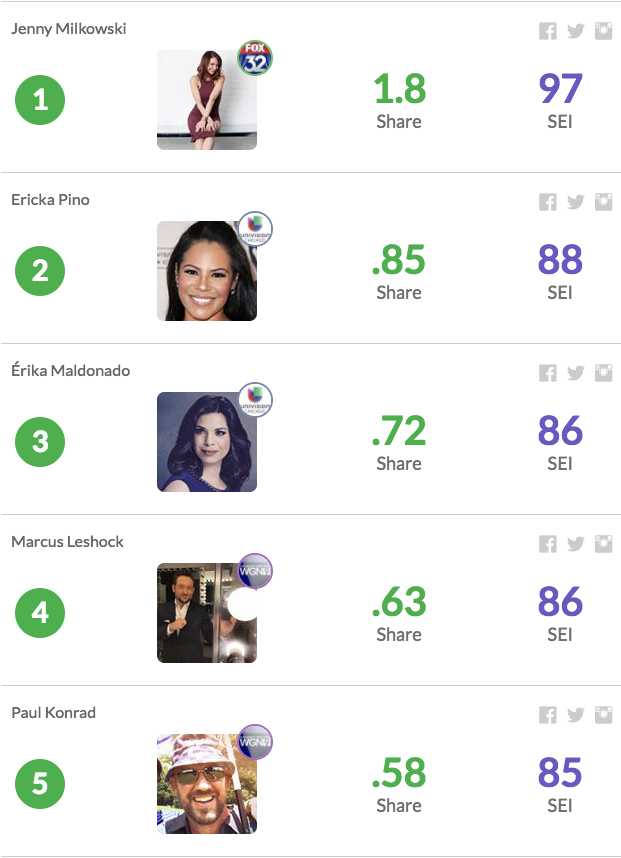