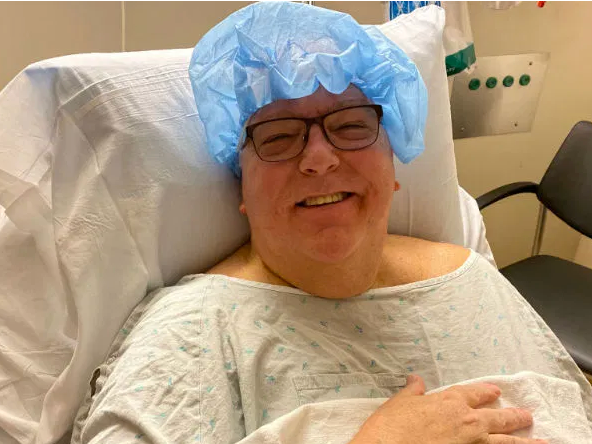 The WGN weather anchor underwent gastric bypass surgery in March and has since lost 110 pounds.

In a close to 8-minute segment that aired on the station last week, medical reporter and anchor Dina Bair shared Skilling’s story. The meteorologist struggled silently for years with his weight, and got to a point where he couldn’t watch himself on television, Bair reported. Skilling had also developed health problems, including sleep apnea, which required the use of a CPAP machine while he slept.

“I didn’t realize how badly I felt,” Skilling said. “I would come up with every excuse in the book not to walk because I felt so bad. I would wake up in the morning short of breath.”

Skilling has a team of health professionals helping him, including a chef who portions out his food and has helped him alter his diet, to keep the weight off in a healthy and effective way. He no longer needs the CPAP machine and is no longer taking medication to regulate his blood pressure.

He’s also down eight suit sizes—and is only eight pounds away from his goal weight.

“I’m a different person, psychologically and otherwise to be able to walk and not feel like your life is coming to an end or you’re sick,” said Skilling, who returned to work in April. “The high you get out of getting into clothes that are in sizes that you remember as a college student or a teenager is stunning. I’m a different human being.”

Watch the full segment below.