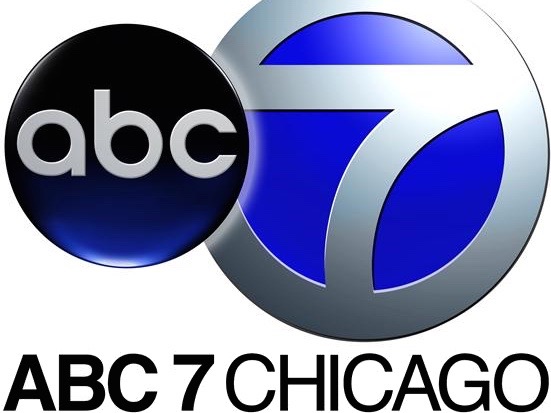 Chicago social media engagement is down like most markets across the country in October.

Over the past 30 days, according to Share Rocket data, the only station that saw an increase is WLS, the ABC affiliate.

WLS had a 36.5 overall Share over the last 30 days, followed by WFLD with a 25.4 overall Share and WGN, Tribune-owned independent station, with a 24.4 overall Share. No other station in the market had a Share in the double-digits, so it was mostly a three-horse race on social media. WMAQ, the NBC-Comcast owned station, led among the four remaining stations with a 7.3 Share.

WFLD’s Jenny Milkowski generated nearly 242,000 engagements in the last 30 days to lead the market among individuals. Her total engagement was up +14.8% from month to month, which increased her overall Share by +41.7% to a 2.24. No other individual had a Share greater than 1.0. Ericka Pino, a meteorologist for Univision affiliate WGBO, was second in the market among individuals. WGN reporter Ana Belaval was third among individuals on Twitter and eighth on Facebook. Belaval was born and raised in Puerto Rico. She traveled back home following Hurricane Maria and since she returned, she has been providing updates about the island’s recovery.

Of the top 10 individuals in the market, five work for WGN; two apiece work for WFLD and WGBO; and one works for WLS. 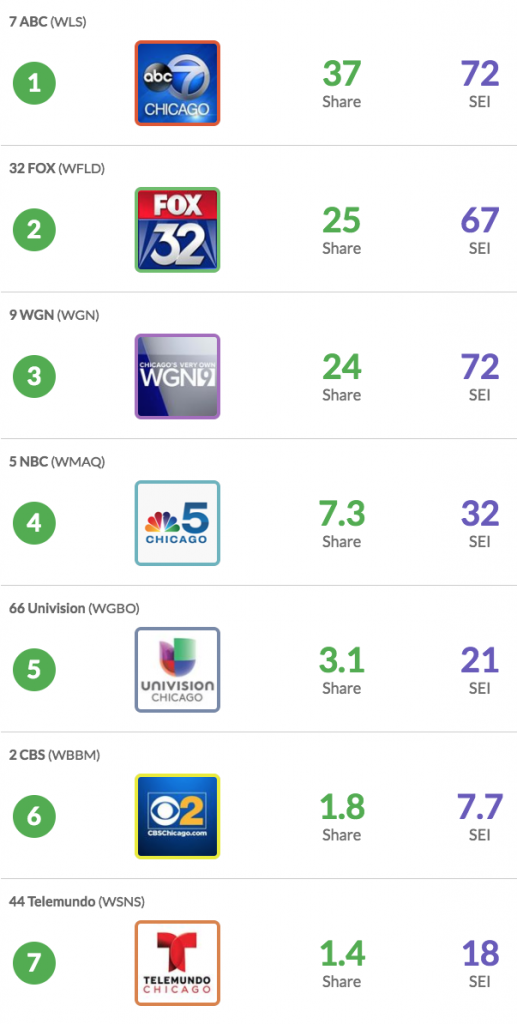 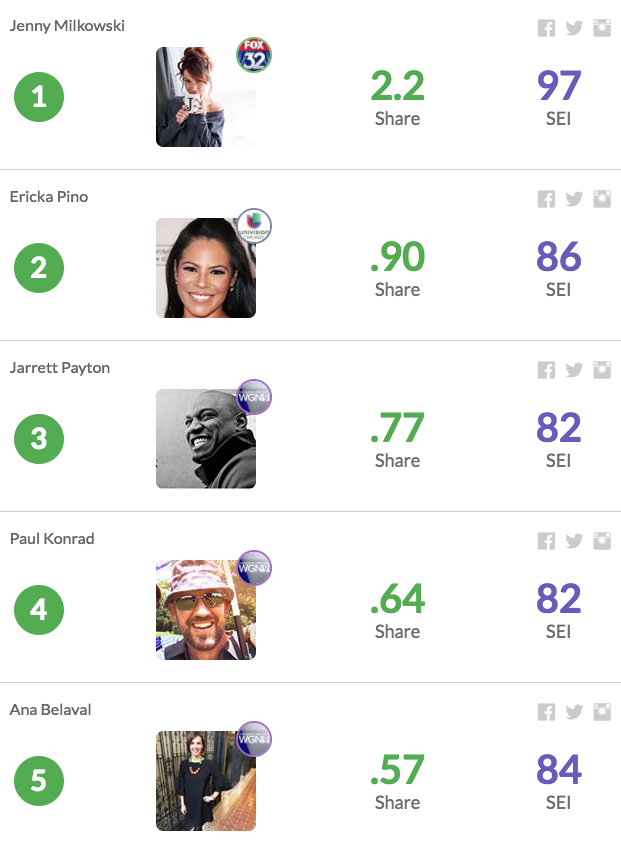