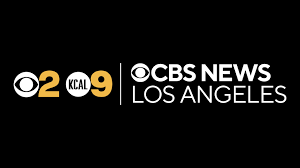 As part of the expansion, the station group said that KCAL will begin airing a weekday morning newscast for the first time in its history. KCAL is adding a local morning news franchise that will air from 4 to 11 a.m. weekdays, beginning this fall.

KCBS will begin airing live broadcasts of CBS Mornings from 4 to 6 a.m. PT, while also continuing to carry the West Coast editions of the CBS News’ morning program in its current 7 to 9 a.m. time period.

The addition of KCAL 9’s morning news franchise will give CBS 2, KCAL 9 and the CBS News Los Angeles streaming channel a combined total of 91.5 hours of regularly scheduled live local newscasts per week—more hours than any other station in the Los Angeles market.

“By launching morning news on KCAL 9 and adding a second daily broadcast of CBS Mornings on CBS 2, our local-to-global news organization is perfectly positioned to showcase its premium content on our broadcast and streaming channels in the Los Angeles market,” said Wendy McMahon, president and co-head of CBS News and Stations. “As one of the most trusted local news providers in Southern California, the window of opportunity for KCAL 9 News in the morning is wide open. We also believe this is an audience growth opportunity for CBS Mornings, by giving early risers and commuters in the Los Angeles market the chance to watch live from 4:00-6:00 AM.”

“These bold moves will allow us to have the best of both worlds, with the strength of KCAL 9 News establishing a local news beachhead and two runs of CBS Mornings making CBS 2 a more prominent provider of national network news,” said Joel Vilmenay, president and general manager of CBS News and Stations’ local businesses in Los Angeles. “We are excited and grateful for the support we are getting from Wendy McMahon, Jennifer Mitchell and our colleagues at CBS News and Stations. The investments we are making in people and technology will allow us to produce more hours of live, regularly scheduled local news than any other station in the market.”

Vilmenay added that KCAL 9 has already started hiring additional fulltime staff to support the production of the station’s morning newscasts.