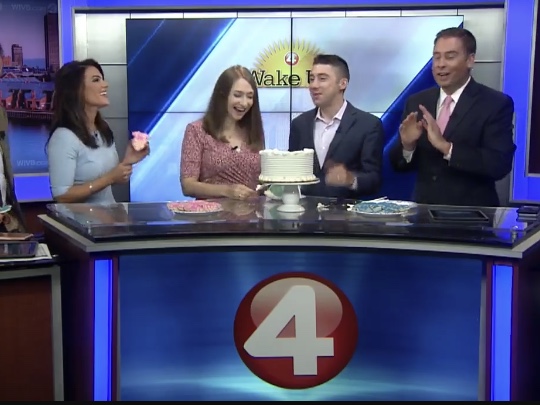 WIVB anchor-reporter Katie Alexander is having a baby boy, she discovered on-air today.

“It’s been a big year for me,” the Wake Up weekend anchor told Buffalo viewers.

Alexander has been promoted to weekend anchor at the CBS affiliate and is now pregnant.

Alexander made the pregnancy announcement on social media earlier this morning but today did a gender reveal live on-air alongside her husband.

A cake cut alongside the enter morning show team revealed Alexander was having a boy.

She is due in January.