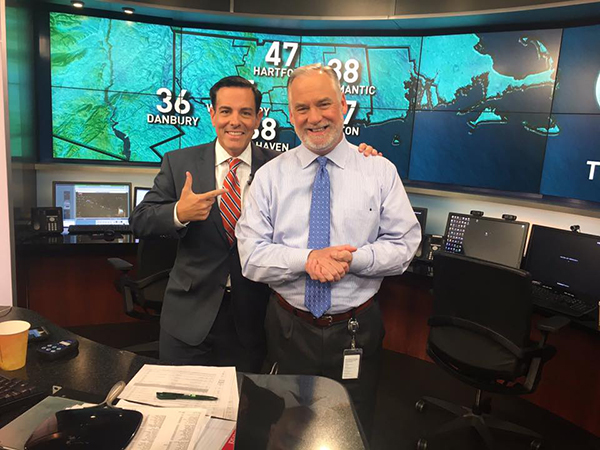 WVIT meteorologist Bob Maxon is back at work after a health scare took him off the air a couple of weeks ago.

Maxon thought he was coming down with the flu on Tuesday, March 21, but he was actually having a minor heart attack.

“Over the past few weeks Bob has been at home recovering and undergoing cardiac rehabilitation, something he said he never thought he would have to deal with,” reports the NBC-owned station.

The Hartford NBC-owned station flew a drone with a banner saying Welcome Back Bob in front of its building. He told his co-anchors it was great to see them all on this morning’s newscast. They said he looked well rested.

Anchor Darren Sweeney posted a photo of himself with Maxon on his Facebook page welcoming the meteorologist back.