NEXT:WEAR Shuts Down Production After 2 Employees Test Positive for COVID-19
PREVIOUS:Adweek Together: How the Pandemic Is Changing TV News 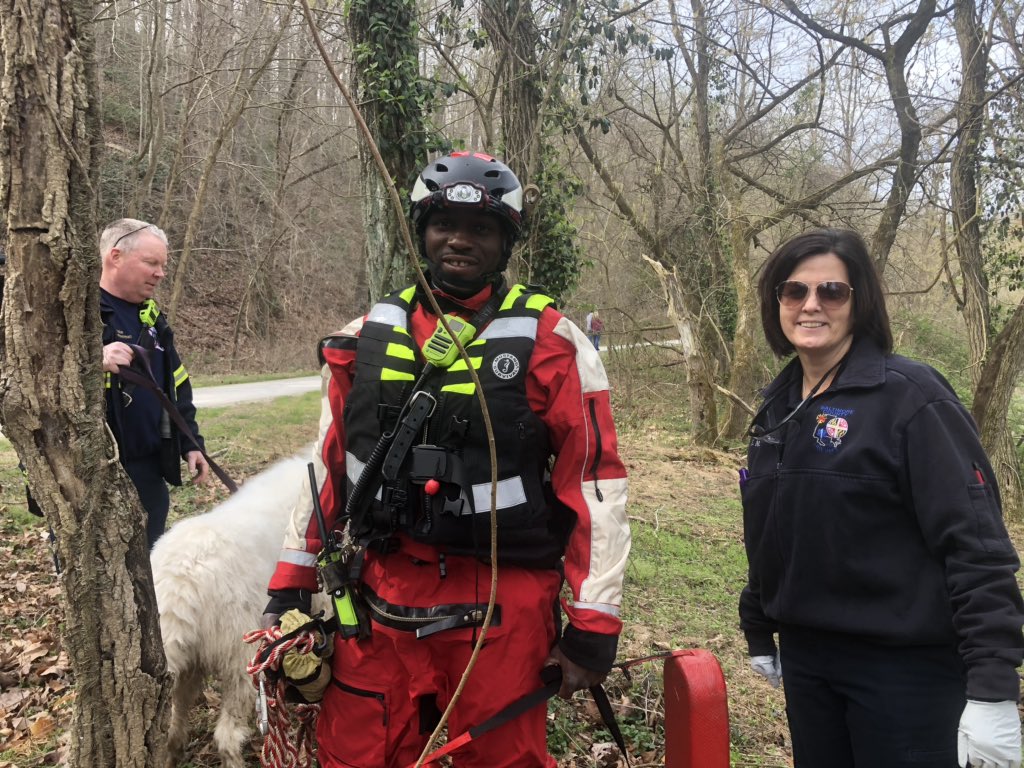 WJZ news director Gail Bending and her dog Balto were rescued from an embarkment outside of Baltimore over the weekend.

It happened when they were walking in a park and her dog slid down an eight-foot embankment while trying to catch a glimpse of the water.

“I didn’t want to yank his neck too hard, and I just slid down,” she said.

But then they couldn’t get back up. The Baltimore County Fire Department and EMS were called to the scene to rescue them both.

Bending said they found a branch to sit on but they kept falling into the water.

“When emergency personnel arrived they grabbed a red rescue tube, one you might see with a lifeguard at a pool, and tied him to it,” she said. “They pulled him right up, and then I could just climb up. They were amazing, they had the right equipment.”

She said Balto is at home resting and is doing just fine. Bending was also rescued without injury.