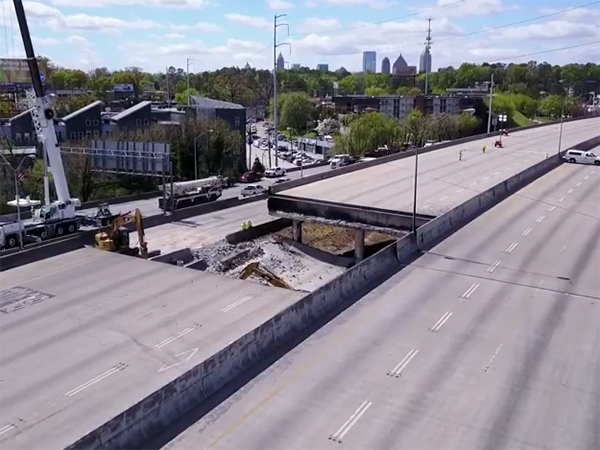 Atlanta residents are scrambling for alternate routes around Atlanta after the Northbound lanes of Interstate 85 collapsed in a spectacular fire.

CNN calls Interstate 85 “one of the Southeast’s major north-south arteries.”

Yesterday, the freeway was hit by a mysterious fire during rush hour that forced the closure of all five lanes, creating traffic jams that stretched for at least five miles. No one was injured in the blaze.

Atlanta Fox-owned station WAGA took its drone up to show viewers what the freeway looks like today.

“We are not able to give you a firm estimate at this moment, but this will take at least several months to get this rebuilt,” WAGA reports DOT Commissioner Russell McMurry said at a news conference Friday after inspectors looked at the freeway.