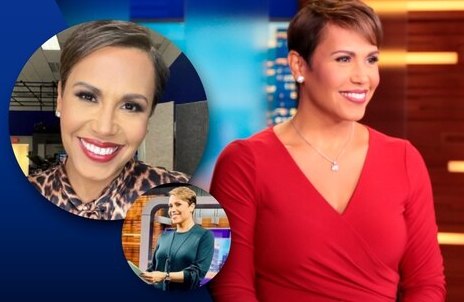 WSB anchor Jovita Moore will undergo brain surgery this morning after two tumors were found on her brain this week.

Moore, who has worked at the Atlanta ABC affiliate for over 20 years, noticed the symptoms just before going on-air on Monday.

“I was really concerned about why all of a sudden I was forgetful, disoriented and just not feeling myself,” said Moore. “Feeling like I was in a fog and really wanting to get out of that fog.”

Later that night, she said, she nearly passed out during a trip to the grocery store, which she later called a blessing in disguise. After a visit to the doctor, an MRI revealed she had two small masses in her brain.

“It’s significant. It’s gonna be a lot,” said Moore. “Two little tumors kind of near each other and they got to go. We had to start then having a conversation about what that was and what that meant.”

So far, her neurosurgeon says it’s an unclear diagnosis.

“Quite honestly we still don’t know yet,” said Dr. Edjah Nduom. “I can tell you Jovita is upbeat, optimistic and feels surrounded by love. All of those things feed into someone being in a good place to recover. People who are functioning very well at a time they’re faced with this tend to do better.”

The station has promised viewers it would keep them updated on her progress. Her recovery is expected to take from eight to ten weeks.

Said Moore, “I think it’s gonna be home for a few weeks at least after surgery. Not sure when I’ll be back on air but when I’m able, I will be.”

WSB has set up a page for viewers to leave Moore a get-well note.

“I know we have great viewers. I know that the prayer warriors are gonna be at work,” Moore said. “I just felt like it was something I needed to share. I didn’t want to just disappear from air for a couple of months and I wanted people to know what was going on. Also, I want to feel that energy, that outpouring and that support as well. I know they’re gonna bring it.”