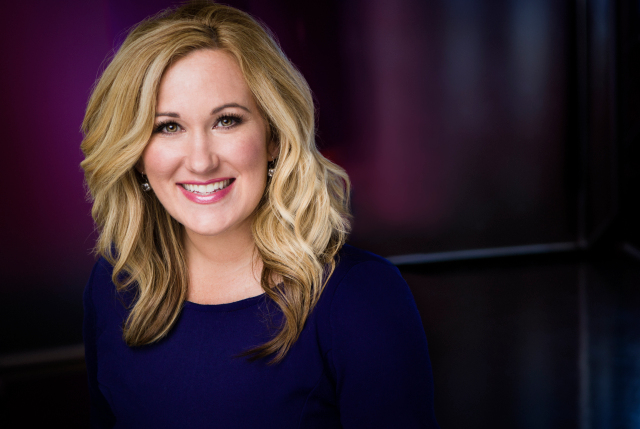 This story has been updated to clarify the reason for Moss’ exit.

April Moss, the weekend meteorologist who told viewers on Sunday she was going to reveal what she said was “discrimination” at CBS via a right-wing activist group, is no longer with the Detroit CBS-owned station.

In a statement, WWJ said that Moss was not entitled to use the news broadcast “as a platform for sharing personal views,” and is no longer employed there.

“April Moss objected to WWJ-TV’s policies regarding Covid-19 testing and wearing masks inside our station, which are based on CDC, state and local guidelines,” WWJ said in a statement. “Any suggestion that she was in any way a victim of ‘discrimination’ due to her concerns about these policies is completely false. In fact, we allowed April to perform her weather anchor duties from home as we explored her concerns.”

The statement continued, “While we respect and support our employees’ freedom to have their own opinions, they are not entitled to use our station news broadcasts as a platform for sharing personal views. Ms. Moss is no longer with our station.”

Moss is the second local reporter in recent weeks to be fired after making on-air allegations and then directing local viewers to a conservative activist group Project Veritas, which has previously released undercover recordings from news outlets in efforts to discredit them.

KRIV reporter Ivory Hecker, who was also fired from her job, started a live shot last week by saying Fox Corp. had been “muzzling” her before the undercover recordings revealed that her pitch to cover Bitcoin on the early evening news was not accepted.