NEXT:Diane Macedo Makes a Pillow Fort as a Sound Booth
PREVIOUS:Talent in Phoenix See a Boost in Social 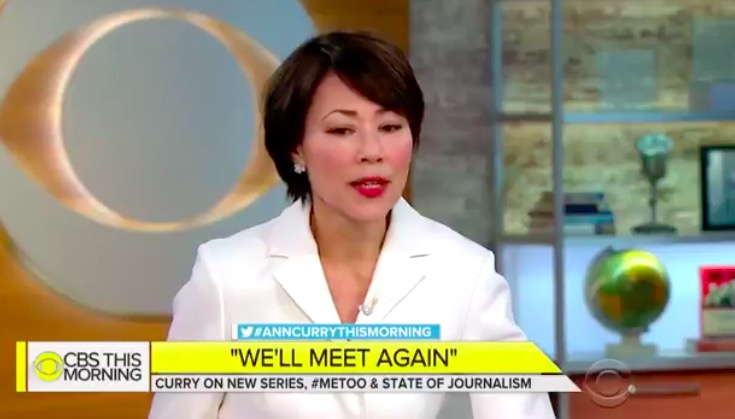 The former Today show co-anchor, appearing on CBS This Morning, said her very public departure from the formerly No. 1 morning show “hurt like hell,” adding that she wants “to sort of really move on from that.”

“I don’t want to hurt people. I know what it’s like to be publicly humiliated,” she said.

Asked whether former co-host Matt Lauer was behind her departure, Curry said, “You should ask someone else. I’m not the one to ask about that.”

“You’re the only one to ask,” said Gayle King. “I don’t know what all was behind it,” Curry explained.

As for what led to Lauer’s firing in November, an allegation of sexual harassment, and an assumption of others, Curry said, “I can tell you I am not surprised by the allegations.”

Curry said the new all-female Today show anchor team of Savannah Guthrie and Hoda Kotb makes sense, given that the majority of morning TV news viewers are women. “The idea that women are involved speaking to women is actually an overdue idea. So absolutely I think it’s a good idea,” she said.

Curry will be back in the 8:30 half hour to talk about her new PBS show We’ll Meet Again.

.@AnnCurry says she is “not surprised” about the allegations against former “TODAY” co-host Matt Lauer. #AnnCurryThisMorning pic.twitter.com/2nPl3By1tS

“I don’t know what was all behind it. I do know that it hurt like hell. It wasn’t a fun moment. I’ve learned a great deal about myself. I’ve really, at this point, let it go.” — @AnnCurry on leaving NBC’s “TODAY.” #AnnCurryThisMorning pic.twitter.com/XR8zo1z0iX