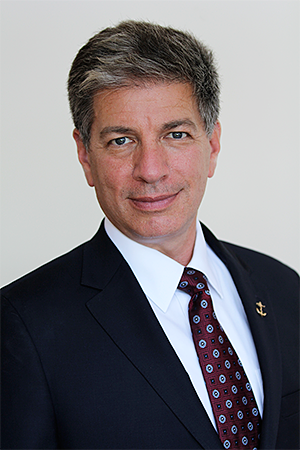 Anchorage Mayor Ethan Berkowitz has resigned from his post, the latest in a bizarre turn of events involving news anchor Maria Athens.

The resignation, which is effective at the end of this week, comes a day after Berkowitz admitted to having a prior “consensual, inappropriate messaging relationship” with Athens, an anchor and reporter for KTBY and KYUR stations, which jointly broadcast as Your Link Alaska.

“It is with profound sadness and humility that I resign as Mayor of the Municipality of Anchorage,” Berkowitz said in a statement. “My resignation results from unacceptable personal conduct that has compromised my ability to perform my duties with the focus and trust that is required. I know my conduct has done great injury to my family, my staff, to Municipal employees, and to the people of our community, and for that, I am deeply sorry. To make this transition as smooth as possible, my resignation will be effective Friday, October 23 at 6 p.m.”

Anchorage Assembly chairman Felix Rivera will serve as acting mayor until a special election is held, according to the Associated Press.

It’s the latest development in a saga that has been unfolding since last week. Athens made headlines on Friday after being arrested for assault in her station’s parking lot, which came shortly after she published a video teasing a forthcoming story about Berkowitz. The video contained several baseless accusations against Berkowitz. After Berkowitz’s office published an emphatic denial of the claims, and police said there was no evidence of criminal wrongdoing, Athens responded by publishing a nude photo of a man who she said was the mayor himself. “Nice try damage control,” she wrote.

Shortly thereafter, police say, Athens was arrested following an altercation in the station’s parking lot with station manager Scott Centers. The Anchorage Daily News reported that Centers and Athens were in a romantic relationship but that the dispute was work-related. According to police, Athens punched Centers in the face before following him into the station and hitting him again. Athens also allegedly attempted to kick a police cruiser and hit an officer, according to police.

Athens is also under scrutiny for a voicemail obtained by the Alaska Landmine in which a caller who identifies herself as Athens can be heard making anti-Semitic comments, accusing Berkowitz of pedophilia and threatening Berkowitz and his wife.

“I’m so fucking exposing you,” the caller says on the tape. “I’m gonna get an Emmy. So you either turn yourself in, kill yourself or do what you need to do. I will personally kill you and [Berkowitz’s wife] Mara Kimmel my goddamn self, you Jewish piece of living fucking shit. You have met your match, motherfucker. You have met your motherfucking match.”

Athens has been barred from the station’s premises.