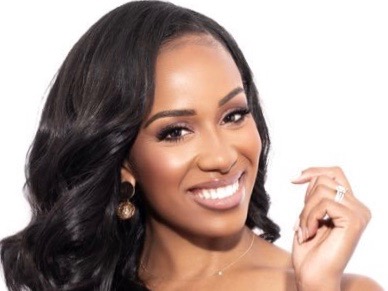 Philadelphia anchor Jeannette Reyes drops her “anchor voice” once she goes home for the day—but in a hilarious TikTok, she imagines what it’d be like if she didn’t.

In a now-viral video, Reyes, who has been with WPVI since 2016, discusses what to have for dinner with her husband, WJLA morning anchor Robert Burton. The video caption, “how people think anchors talk at home,” says it all: instead of a casual exchange, they’re talking like they are delivering a news broadcast.

“We’re live here in the kitchen,” Reyes says in a serious, steady cadence. “Your time is 5:52, and we’re trying to figure out what we’d like for dinner. So, the options are lasagna, chicken, fettuccine Alfredo or a rib eye. If you’d like to help us out, we’d love to hear from you. Send us an email at 7ABC.com and let us know what the choice is for tonight. Robert?”

The camera flips to Burton, and he starts talking as if he’s receiving an anchor toss in the field.

“All right, Jeannette, thanks,” Burton says, holding his hand up to his ear as if he had in an earpiece. “In the meantime, I am checking that poll, and a lot of people seem to be in favor of that steak—when I say a lot of people, of course, I mean me,” he deadpans. “So when that steak is done, let me know. I like it medium rare, as you know. And when it’s done, I will meet you at the dining room table. But for now, live in the kitchen on the other side of the bar, Robert Burton.”

The couple drop their anchor voices at the tail end of the video—to decide on McDonald’s for dinner.

The hilarious video has been viewed more than 1.4 million times on Twitter and is getting tons of reaction from news couples and celebrities across the internet.

Late-night host Jimmy Kimmel, who retweeted the video, was one of them. “This is VERY funny!” he tweeted.

You can watch the video below.