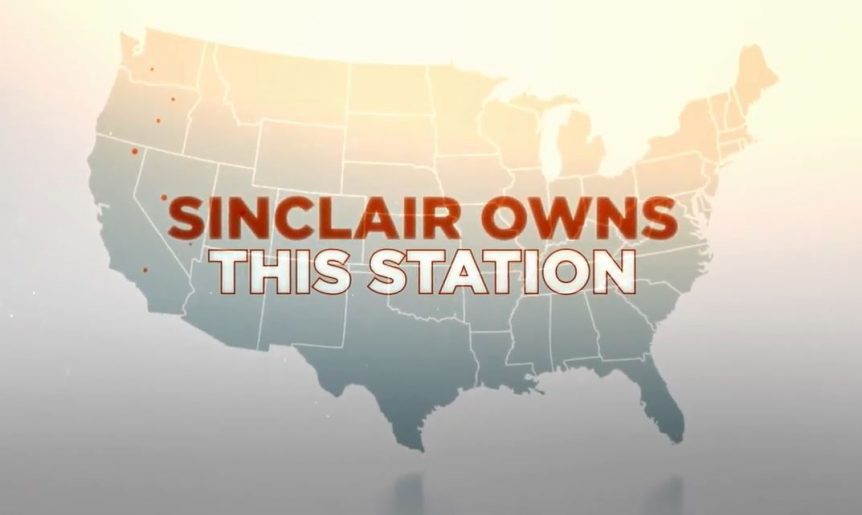 Allied Progress, a left-leaning watchdog group, has produced an ad calling on viewers to call the FCC and stop Sinclair’s proposed $3.9 billion acquisition of Tribune Media.

Allied Progress says the one-week buy begins Friday and is promising the ads will run on four Sinclair-owned stations: WJLA in Washington, D.C., KDSM in Des Moines, KOMO in Seattle, and WBFF in Baltimore, which is Sinclair’s flagship station. We’ve reached out to Allied Progress to determine how they were able to proceed with these buys, given the challenges. We’ll update when we hear back.

The ad was inspired by the Deadspin supercut showing dozens of Sinclair anchors reading the exact same script. Here’s the ad:

Meanwhile, Boris Epshteyn, who briefly served as Special Assistant to President Trump, has his say on the matter. Epshteyn is Sinclair’s chief political analyst, and for the last year has been delivering on-air commentaries for Sinclair stations.