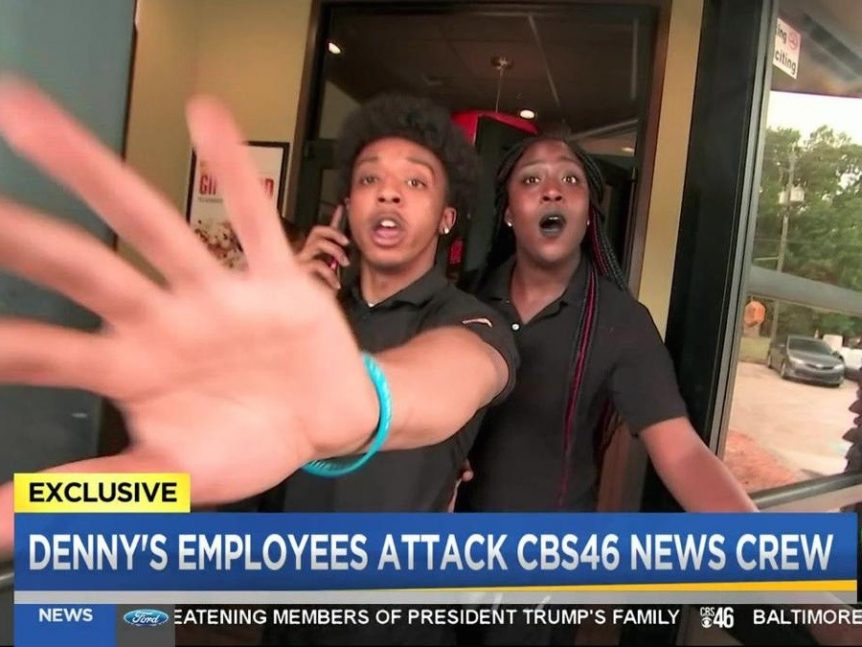 A confrontation between a WGCL reporter and a Denny’s employee didn’t go so well.

CBS 46’s Adam Murphy and Dmitri Lotovski walked into the restaurant to confront a manager about recent health violations. But when they asked for someone in charge, things got uncomfortable.

“You can get that out of my face,” a Denny’s employee told Murphy and Lotovski. “I’m going to call the police.”

The restaurant received a ‘U’ for unsatisfactory. The station has been chasing down restaurants with bad health reports for years. This establishment was busted for expired deli meat, flying insects and raw eggs on bacon and cheese. Murphy and Lotovski continued to push for an interview but it continued to go poorly.

You can watch the raw video here.