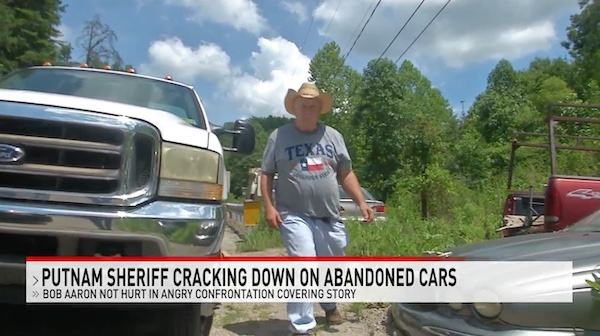 A Charleston, W.V. reporter was attacked over the weekend while covering a story about the local Sheriff’s efforts to remove abandoned cars from the area.

WCHS veteran reporter Bob Aaron was covering the story after Putnam County Sheriff, Bobby Eggleton, said he was going to enforce a state law and crack down on junk cars littering the county’s roads and yards.

The station said that while Aaron was shooting b-roll of the cars on one of the county’s main roads, “the 75-year-old reporter was nearly run over by a flatbed wrecker, driven by a man who did not want him taking those images and jerked the camera out of his hands.”

The man broke off the camera light and refused to return the camera, until Putnam County sheriff’s deputies were called to the scene.

Aaron is OK and charges are pending against the man who attacked him.