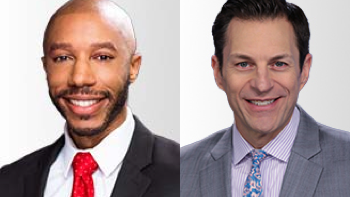 WTVD saw an anchor and a reporter announce they’re saying goodbye this week.

Weekend sports anchor Joe Mazur (right) and reporter Tim Pulliam (left) are leaving the Raleigh-Durham ABC owned station. Mazur is leaving after more than 20 years there and Pulliam is leaving after six.

Rob Elmore, the station’s president and general manager, told The News & Observer that Mazur is joining his wife in Atlanta. Pulliam tweeted his news on Monday and is taking a reporting job at KABC in Los Angeles.

Pulliam joined the station in 2016. He was public relations manager for the Congressional Black Caucus Foundation between 2014 and 2016. Before that, he’d worked at WJXT in Jacksonville, Fla., at WIS in Columbia, S.C. and at WWAY in Wilmington, N.C.