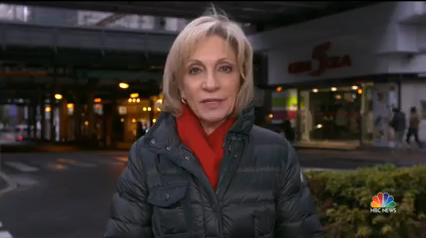 The Women’s Media Center just released a report titled The Status of Women in the US Media 2017.

At ABC, CBS and NBC combined, the study shows that men report three times as much of the news as do women. In addition, on-air reporting done by female reporters and correspondents has also declined. Slightly more than 25 percent of broadcast news reports in 2016 were submitted by women. The figure was 32 percent when the Women’s Media Center published its 2015 report.

Here are the stats cited by the Women’s Media Center report:

Andrew Tyndall, who tracks air time on the three evening newscasts for his Tyndall Report, argues that the above percentages are slightly misleading, though his general conclusion is similar: Women are under-represented on nightly newscasts.

Tyndall says he’s not trying to refute WMC’s overall point, writing, “a viewer of the networks’ nightly newscasts would — even in this day and age — draw the conclusion that the task of delivering series news of national and international import was primarily a man’s job.”

The anchors of the evening newscasts are all men (Lester Holt, David Muir and Scott Pelley), and they spend the most time on-air. Katie Couric, who was the first woman to solo anchor an evening newscast, was succeeded by Pelley on the CBS Evening News in 2011. Muir replaced Diane Sawyer on ABC World News Tonight in 2014. NBC Nightly News has never had a female anchor of the weeknight broadcast, but was a bit more female-oriented than its competitors this past year.