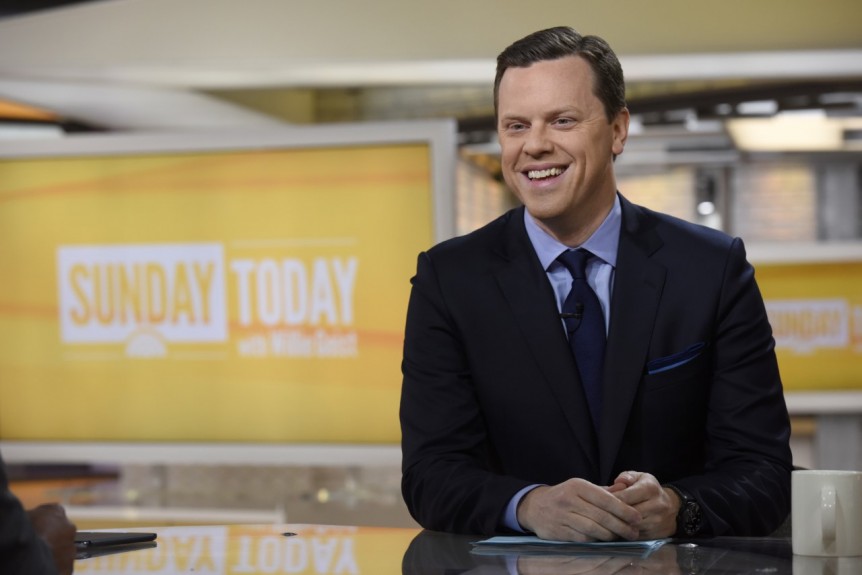 “Every kid who ever dribbled a basketball in the backyard has dreamed of hitting the big shot to win the TV Newser bracket,” Geist told TVNewser. “As I stand here covered in confetti, and the sweet sweat from a Donte DiVincenzo hug, I can tell you the reality exceeds the dream. I accept your cash prize with gratitude and humility… and preferably in non-sequential 50-dollar bills.”

As mentioned, this Villanova squad delivered the school’s second college basketball title in the past three years (third overall) with yet another blowout victory in the NCAA Tournament – 79-62 over the Michigan Wolverines last night in San Antonio. ‘Nova won all six games in this year’s tournament by double digits, joining Michigan State (2000), Duke (2001) and North Carolina (2009) as the only other teams to accomplish that feat.

Michigan kept the game close for the first half of the first half, but the Wildcats pulled away thanks to a legendary performance from sharp-shooting sophomore guard Donte DiVincenzo (aka. “Big Ragu”) who was hitting three pointers from all over the floor, and was named Final Four most outstanding player.

Many thanks to each of the 47 TV newsers who participated in this year’s challenge. This was our most successful Challenge yet. See you in 2019!