NEXT:Scoreboard: Thursday, Feb. 1
PREVIOUS:Eric Bolling Opens Up About the Death of His Son 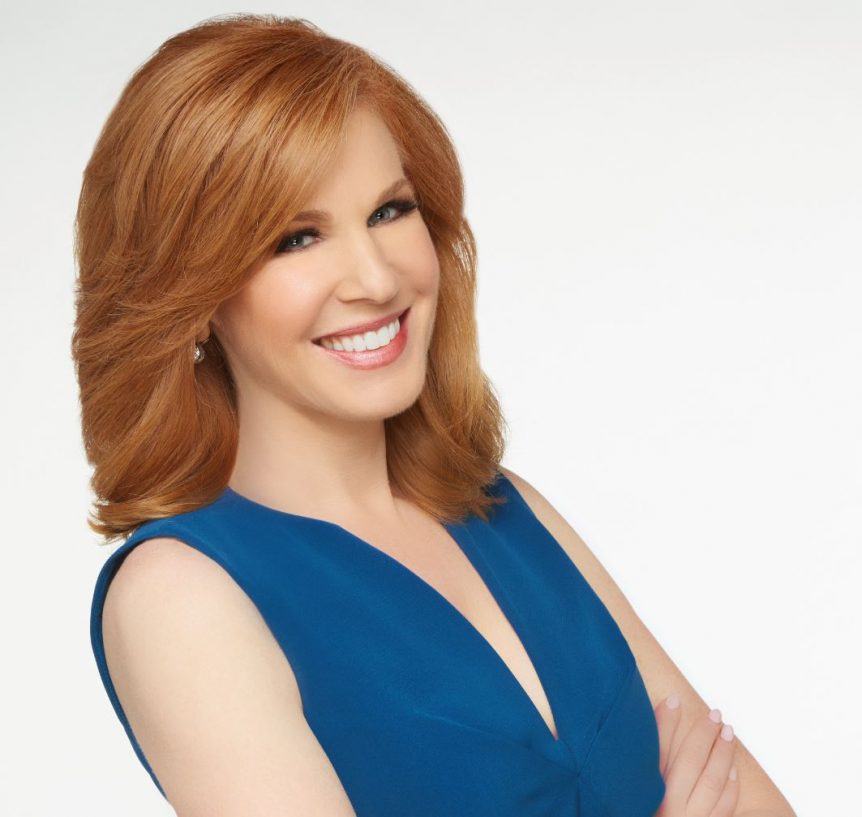 When the markets go down, business TV ratings go up. At least, that’s usually the case.

So while the cable news channels are spending most of the afternoon parsing the Nunes memo, CNBC and FBN are monitoring the markets which are down across the board. The Dow is the biggest loser, at one point down 689 points, or 2.6 percent. It finished down 666, a 1,095-point drop since its all-time closing high just a week ago.

We caught up with FBN’s Countdown to the Closing Bell anchor Liz Claman this afternoon just after she finished anchoring her show, the last half hour of which was commercial free.

TVNewser: You’ve seen these ups and downs having covered the markets for CNBC and now FBN. How are explaining this to the Fox audience?

Liz Claman: This sell-off has multiple triggers, but separate news storms are coming together in sort of a cosmic crash to swamp the markets. At 3 p.m. straight up, it’s our job to explain that dynamic in a clear and cogent way to our viewers and bring in as many expert voices as possible. The Republican FISA memo may be a sexy angle, but the stock market gapped down the minute the opening bell rang not because of the memo (which hadn’t even been released yet) but because the Labor Department released a very strong January jobs report. Why would good news be bad news? Because the markets get nervous if they think the economy is strong enough that the Federal Reserve might raise rates more aggressively this year than anticipated.

TVNewser: The president has touted the rising stock market, but how do you expect him to respond to these dips?

Like all politicians do. Blame someone or something else.

TVNewser: Your hour at 3 p.m. can be the most crucial of the day as it leads to the closing bell. Does that bring a kind of energy that other dayparts don’t?

I’m biased, but yes. You can’t help but feel that clock counting down each minute, each second to 3:59 p.m. I get so ramped up my body temperature spikes. My floor crew calls me Ms. Freeze because I need the studio temperature to be the lowest it can get. 62 degrees. I should get them all “Claman Countdown” ski jackets it’s so cold. My show team is crazy good. They know we have to be prepared to move on a dime and throw out whatever narrative we thought was leading the markets, even in the final 45 seconds of trade. And today is the perfect example of that – we blew out the commercial breaks to cover this tumultuous market close where anything can, and often does, happen.

TVNewser: Your show just won its 8th straight month against your old network in total viewers, though not among the younger demo. What do you attribute that to?

10 years in the making. We started as the baby on the block in 2007, M.I.A. from so many cable systems. We’d get calls, “I can’t find you on the dial!” I remember one of Berkshire Hathaway’s managers who lived in Nebraska called up and said, “You’re not on my system, how can I see you?” I said, “Call up the company and ask for it!” He wrote a letter to Cox Cable and the wonderful team there, headed by Pat Esser, worked with the Fox Business carriage team to make it happen. Grains of sand, one at a time over 10 years and finally we’ve got ourselves a gorgeous beach.

But if we didn’t have the right product we wouldn’t get the viewers. We decided from day one to do business news for everyone, not just a narrow trading audience. As for younger viewers, it’s a work in progress but several times over the last two weeks alone, it was gratifying to see that the 3 p.m. beat our competition in that key demo. My 16-year-old daughter came home from school and said a kid in her class told her he DVRs my show daily. Of course her response was, “WHY???” She’s unimpressed by her mom but we’re gaining.

TVNewser: Do you think FBN and FNC share the same audience to some extent, and could FBN be actually siphoning off viewers from the news channel?

Fox News’ ratings are stronger than ever, so no. We’re not cannibalizing anyone from them. Our competitors love to complain that Fox Business is doing all politics. I speak for myself: if my show did just politics, how did we beat CNBC on every 1,000-point Dow milestone day since Dow 19,000? Jobs Report Friday? The NYSE glitch? On those days we went ALL-IN, blew out commercial breaks, tore up rundowns, mobilized everyone. I joined a business network. I cover business and pocketbook issues.

TVNewser: You’re from the West Coast, but once worked in Boston at WHDH. So can we assume you’ll be rooting for the Patriots Sunday?

I also worked at WEWS-News Channel 5 in Cleveland so I’m rooting for my Cleveland Browns Sunday! Wait…they didn’t make it? Then I’ll just have to wait until next year. And the next…