Fox News Channel’s Chad Pergram is the most-followed journalist on Twitter by members of Congress.

Overall, Pergram has more than 51,300 followers on the social media platform, far fewer than the 388,000 followers of Mike Allen, or the 1.76 million followers of Chuck Todd. Allen and Todd are No. 2 and No. 3, respectively, on the list compiled by research firm Rational 360.

They found that 12 of the top 20 most-followed accounts are TV newsers, 14 if you include the Washington Post’s Ed O’Keefe, who is a CBS News contributor, and the Post’s Robert Costa, who hosts Washington Week on PBS and contributes to NBC/MSNBC. Other TV correspondents/anchors include CNN’s Dana Bash, MSNBC’s Joe Scarborough and ABC’s George Stephanopoulos. Pergram has covered Congress for Fox News since 2007. He’s been covering Capitol Hill since 1993 when he joined C-SPAN as a Senate producer. 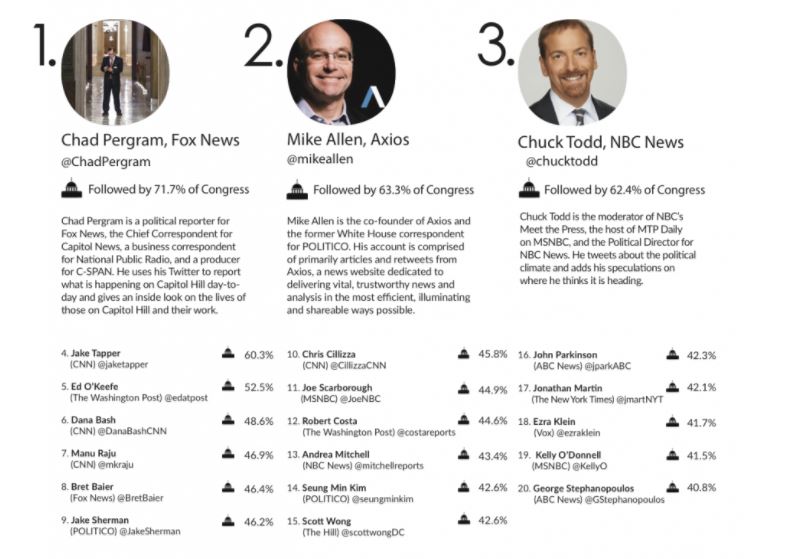