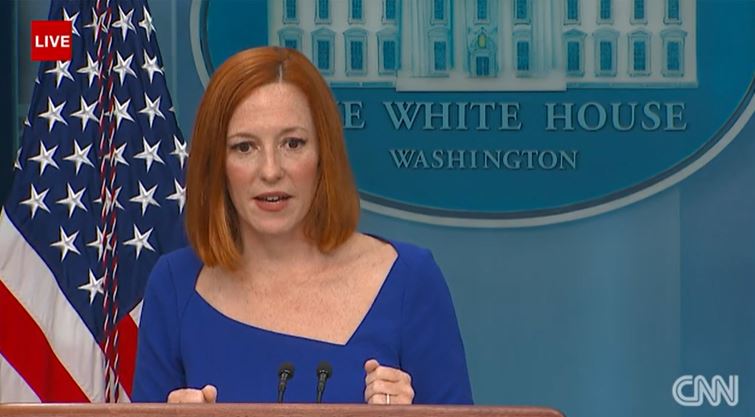 Psaki held a greater number of briefings over a 16-month span than all of President Trump’s press secretaries combined. Director of the White House Transition Project director Martha Joynt Kumar told CNN’s Brian Stelter that there were a total of 205 White House press briefings over four years of the Trump administration. Sean Spicer, Trump’s first White House press secretary, held 58 press briefings. There were 107 by Sarah Huckabee Sanders, zero by Stephanie Grisham and 40 by Kayleigh McEnany.

“She came in committed to holding daily briefings—and gaggles if they were on the road,” Kumar said. “When you count workdays without weekends and holidays, they held briefing sessions 91% of the days.”

Poynter’s Tom Jones wrote that Psaki is “one of the best secretaries ever,” adding, “Psaki has restored honor, dignity and class to the White House briefing room after four years of Donald Trump press secretaries, who seemed more interested in picking fights and criticizing the media than effectively communicating that administration’s policies and agenda.”

Fox News White House correspondent Peter Doocy was among those to publicly express admiration for Psaki, something which may surprise many viewers, telling his colleagues Friday on Fox & Friends that he will miss her.

“She has never said I’m not going to answer on that topic and that’s been a big help to everybody that’s watching right now, so we will miss that,” said Doocy. “She has always called on Fox every briefing more than 220 I saw somewhere—we hope that continues with Karine Jean-Pierre. All that extra homework … probably has made me a better reporter—and so I am grateful to her for that.”

End of an era in the Brady briefing room! Good luck, @jrpsaki pic.twitter.com/xr8bzLaA65

Here are a few words from Psaki to the assembled White House Press Corps. at Friday’s briefing:

White House Press Secretary Jen Psaki thanks journalists in the press room during her final briefing:

“Thank you for what you do. Thank you for making me better. Most importantly, thank you for the work everyday you do to make this country stronger.” pic.twitter.com/85B7CkZraO