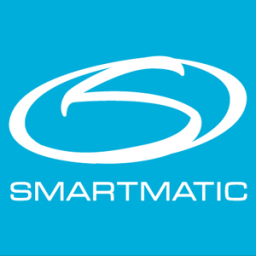 Antonio Mugica, the founder and CEO of London-based voting software company Smartmatic, has said that conspiracy theories about his company shared by President Trump and his supporters on networks like Fox News, Newsmax and OANN are hurting his business.

Trump and his some of his most passionate high-profile supporters are trying to overturn the results of the 2020 presidential election, falsely claiming that machines used to register votes across the U.S., made by a company called Dominion Voting Systems, were compromised because of their use of Smartmatic software.

Trump’s personal attorneys Rudy Giuliani and Sidney Powell are claiming on television (while producing no reasonable evidence) that Smartmatic is involved in a plot with socialists in Venezuela and Antifa, and switched votes from Trump to President-elect Joe Biden.

In an interview with New York Times media columnist Ben Smith, Mugica said that Smartmatic might sue Fox News, Newsmax and One America News for airing baseless conspiracy theories; although he added that he hasn’t made up his mind yet.

Last week, a lawyer for Smartmatic sent letters to the aforementioned networks, demanding they retract baseless claims made about its software on the networks … “and that they retain documents for a planned defamation lawsuit.”

In response, Fox News produced and aired a segment late last week on Lou Dobbs‘, Jeannine Pirro’s, Maria Bartiromo’s shows dedicated to debunking various inaccuracies and false statements made by hosts, as well as some pro-Trump guests about the election.

Here’s the fact-check segment which aired on Dobbs’ FBN show:

“So that is where we stand right now. We will keep investigating.”

Newsmax told the Times in an emailed statement that the channel “has never made a claim of impropriety about Smartmatic, its ownership or software” and that the company was merely providing a “forum for public concerns and discussion.”

Smith writes that Smartmatic has “an unusually strong case” here:

And his [Mugica’s] new lawyer is J. Erik Connolly, who not coincidentally won the largest settlement in the history of American media defamation in 2017, at least $177 million, for a beef producer whose “lean finely textured beef” was described by ABC News as “pink slime.”

These are legal threats any company, even a giant like Fox Corporation, would take seriously. And they could be fatal to the dream of a new “Trump TV,” a giant new media company in the president’s image, and perhaps contributing to his bottom line. Newsmax and OAN would each like to become that, and are both burning money to steal ratings from Fox, executives from both companies have acknowledged. They will need to raise significantly more money, or to sell quickly to investors, to build a Fox-style multibillion-dollar empire. But outstanding litigation with the potential of an enormous verdict will be enough to scare away most buyers.

The Times story adds that Smartmatic software has virtually no presence in U.S. elections. It provides election software for governments in Europe and South America, including Brazil, Belgium, and Mugica’s native Venezuela. Its only involvement this year’s election was with a contract to help Los Angeles County run its election.

Mugica was asked by Smith if he would settle for an apology from the networks.

“Is the apology going to reverse the false belief of tens of millions of people who believe in these lies?” he asked. “Then I could be satisfied.”