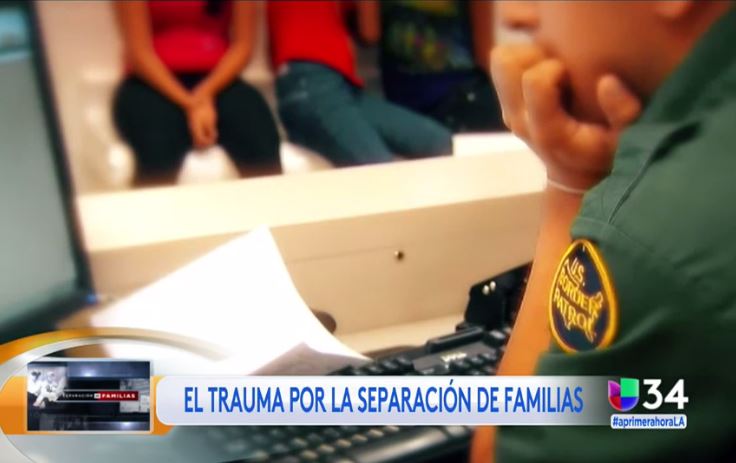 As news coverage intensifies, and divides, the two biggest Spanish-language U.S. TV networks are taking a stand against the zero tolerance policy that has led to more than 2,300 children being separated from their caregivers at the U.S.-Mexico border.

Both networks are calling on government leaders to take action “to resolve this situation immediately.”

Here’s the statement from Univision:

As a company dedicated to informing, empowering, and entertaining Hispanic America, we are alarmed by the current crisis at the U.S. southern border where children are being forcibly separated from their parents. It is especially devastating to see the pain of children wailing for their parents; to see siblings separated from one another and put in caged enclosures. America is a country built by immigrants. Indeed, immigrants have long come to the United States seeking better lives for themselves and their families. To quote former U.S. Secretary of Commerce Carlos Gutierrez, “rather than posing a threat to our democracy, they reinforce and enrich the values that make America the country it is.” Taking such extreme actions as we’ve seen at the border is not in line with what America stands for. Univision calls upon elected officials and leaders in Washington in both parties to work to resolve this situation immediately so that the separations stop and children already impacted can be reunited with their parents.

And here’s the statement from Telemundo:

Telemundo is appalled at the current situation at the U.S. border and urges our Government to prevent the authorities from separating families. The current family separation policy is an affront to human decency and contrary to principles and values upon which this country was founded. The Government has the power to rescind this policy and it should do so immediately.