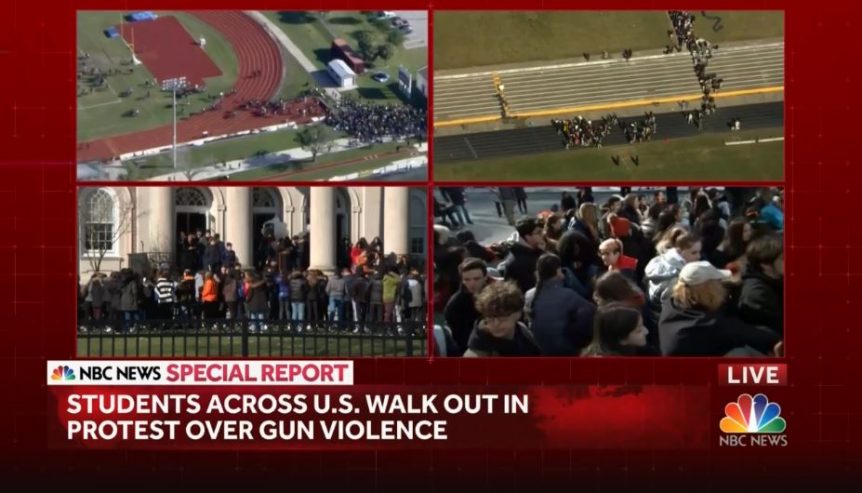 ABC, CBS and NBC all produced network special reports at 10 a.m. ET as hundreds of thousands of high school students from around the country took part in #NationalWalkoutDay, part of the #Enough campaign seeking gun control legislation. The walkouts are lasting for 17 minutes, to represent the 17 lives lost at Marjory Stoneman Douglas High School one month ago today. 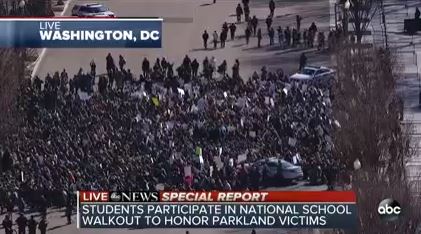 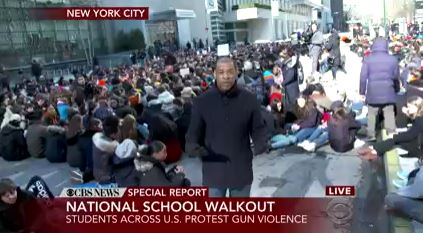 Viacom’s channels including MTV, VH1, Nickelodeon, BET and others suspended programming from 10 a.m. to 10:17, in solidarity with the student walk-out. The networks are sharing stories of those affected by gun violence and others who are taking action. 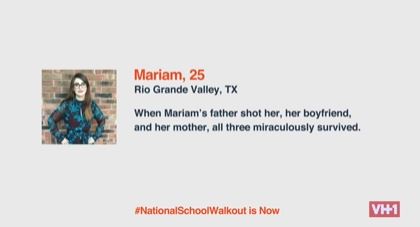