NEXT:When the Newsman Becomes the News
PREVIOUS:Bill O'Reilly Out at Fox News 'After A Thorough and Careful Review of Allegations Against Him' 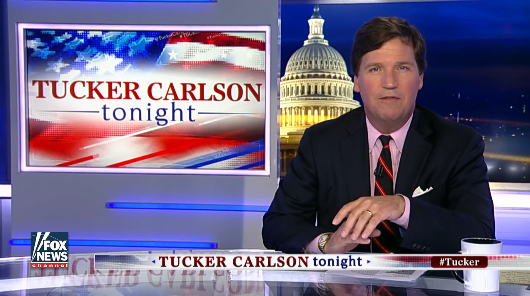 Tucker Carlson may be on the move again at Fox News.

After first replacing Greta Van Susteren at 7 p.m., he moved to 9 p.m. to replace Megyn Kelly. Now, if Bill O’Reilly departs, as is expected, Carlson is a lock for the 8 p.m. timeslot.

When he moved to 9 p.m. in January, Carlson had an immediate effect on ratings, growing the hour +37 percent in total viewers and increasing it +50 percent in the demo, compared to the 2016 average of the 9 p.m. hour.

The next piece of the puzzle is what show goes at 9 p.m.? Fox would be wise to return a woman to prime time. Dana Perino has been filling in, and holding up, the 8 p.m. numbers during O’Reilly’s vacation. Judge Jeanine Pirro is another option. Her show on Saturday nights is the most-watched cable news program most weekends. However, she’s already hosting a reality show for FOX called You the Jury. Martha MacCallum has been anchoring the 7 p.m. hour, but as a news anchor, that may not work in Fox’s opinionated prime time.

One of Fox’s other popular opinion shows, The Five, could move to 9 p.m. Fox has a deep bench, including talent on Fox Business, like Maria Bartiromo, Trish Regan, and Lou Dobbs, any of whom could migrate to Fox News.