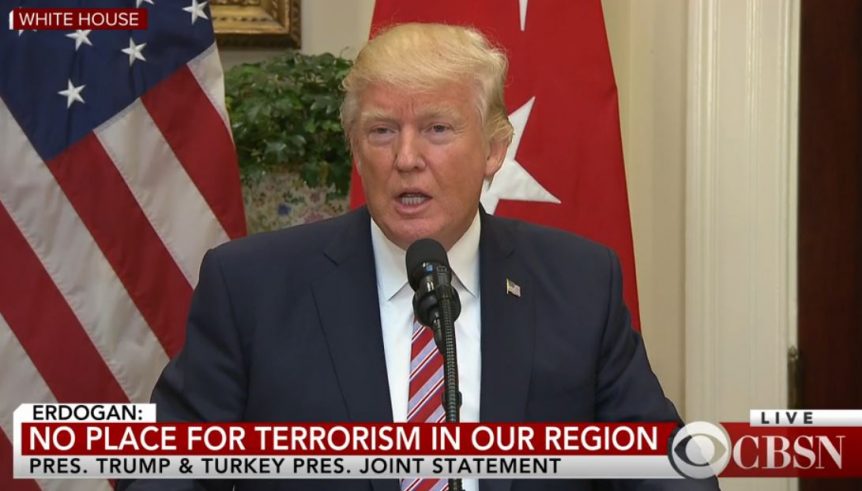 It’s another day of fast and furious news from the White House, with the broadcast and cable networks interrupting for special reports this morning and into the afternoon.

A volley of questions were thrown at Pres. Trump following remarks with Turkish president Recep Erdogan, carried live on the networks around 1:15 p.m. ET. The reporters were wanting to hear from the president about yesterday’s explosive Washington Post story that Trump revealed classified information from a third party to Russia’s top diplomat during another Oval Office meeting last week.

While it was unclear who asked what, it was clear the president knew the questions were coming. His response:

We had a very, very successful meeting with the foreign minister of Russia. Our fight is against ISIS, as General McMaster said. I thought he said, and I know he feels, that we had actually a great meeting with the foreign ministers. So we’re going to have a lot of great success over the next coming years and we want to get as many to help fight terrorism as possible. And that’s one of the beautiful things that’s happening with Turkey. The relationship that we have together will be unbeatable. So thank you all very much. I appreciate it. We’re going to meetings right now. Thank you.

More questions were asked, but Trump gave a thumbs up, and left the room.