NEXT:MSNBC Has Most-Watched Saturday Since the Start of the Iraq War
PREVIOUS:Scoreboard: Friday, March 23 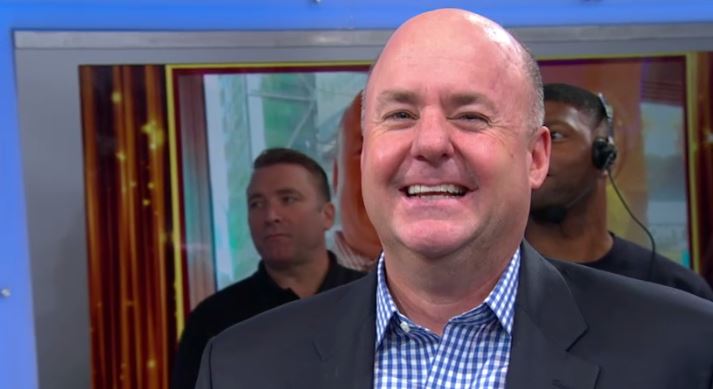 Tom Cibrowski, who joined ABC News as a desk assistant in 1990, is leaving the network to take the reins at ABC’s San Francisco station, KGO.

“Tom has been an incredible partner to me every day through all of the triumphs, tribulations and complications of this extraordinary time in news, and I will always be grateful for his steady hand and his sense of humor through all of it,” wrote ABC News president James Goldston in a note to staff.

“Huge loss,” is how one ABC News insider put it to us.

Cibrowski began his career at ABC News in the Washington bureau, and rose through the producing ranks working with correspondents in cities ranging from Sarajevo to Oklahoma City. After a 2-year stint at CBS News, from 2000-2002, Cibrowski returned to ABC as senior broadcast producer of Good Morning America. He was with GMA for nearly 13 years, the last seven, until his promotion in 2014, as senior executive producer. He was there in 2012 when the show overtook NBC’s Today show for the first time in 16 years.

“It’s been an honor and a privilege to work side by side with all of the remarkable journalists and people of ABC News for the past 25 years,” said Cibrowski. “As I move on to this great new opportunity, I will never forget the hard work that goes into everything we do, and I will always be thankful for the constant efforts to accurately inform our audience.”

At KGO, Cibrowski will be president and general manager, running the station and reporting to Wendy McMahon, president of the ABC Owned Television Stations Group.

“Tom’s incredible talent at creating and producing top-quality compelling news content that drives increased viewer engagement makes him the best choice to drive KGO’s future modernization and growth,” said McMahon. “He is a strong leader with a keen business acumen that will serve our team and audiences well.”

I’m writing with news about our dear friend and colleague Tom Cibrowski. He’s moving to lead our powerhouse station in San Francisco, KGO, as their President and General Manager.

It’s impossible to overstate the impact Tom has had here over more than 25 years. His steady hand, competitive drive and passion for journalism can be found in every corner of ABC News. He has been a true leader for us in every sense, and while we are excited for his next chapter, he will be missed.

From Washington desk assistant in 1990 to our senior vice president of programs, newsgathering, and special events, Tom has worked in our Atlanta, Los Angeles and Seattle bureaus and traveled the world covering some of the biggest stories over the past two decades.

He cut his teeth covering the Bob Dole presidential campaign trail in 1996, was the first producer on the ground after the Oklahoma City bombing and covered the wars in Kosovo and Iraq and the uprisings in Indonesia and Haiti. He was the only person to capture photos of Haitian dictator Raoul Cedras fleeing his country under the cover of darkness.

Tom set out on a nine-hour journey across the desert with Diane Sawyer to interview Saddam Hussein’s notorious “Dr. Germ” in 2003 and flew with the United States military and Robin Roberts into Fallujah six months into the American invasion.

He’s produced interviews with Presidents Clinton, Bush and Obama and led breaking news coverage for major global events including the death of Osama Bin Laden, the royal wedding and several election cycles. His leadership during the unprecedented 2016 presidential campaign helped ABC News stand apart from the competition, securing exclusive interviews with almost all of the Democratic and Republican candidates.

Tom spent 13 years at GMA, where he memorably led the program to #1 after 17 years trailing NBC and guided the broadcast through the harrowing days of Robin’s illness and bone marrow transplant. Upon her return he was part of the team that won a Peabody for “Robin’s Journey.”

On a personal note, Tom has been an incredible partner to me every day through all of the triumphs, tribulations and complications of this extraordinary time in news, and I will always be grateful for his steady hand and his sense of humor through all of it.

Tom will still very much be part of the family, running one of ABC’s key Owned Stations and strengthening the vital relationship between network and local news. It is also surely no coincidence that Tom will be living quite close to the Napa Valley, home of some quite excellent Chardonnay.

Tom’s last day in New York is April 13th. Please join me in thanking Tom for all he has done for ABC News and wishing him, Julie, Susie, Caroline and Tommy all the best in their new adventure.