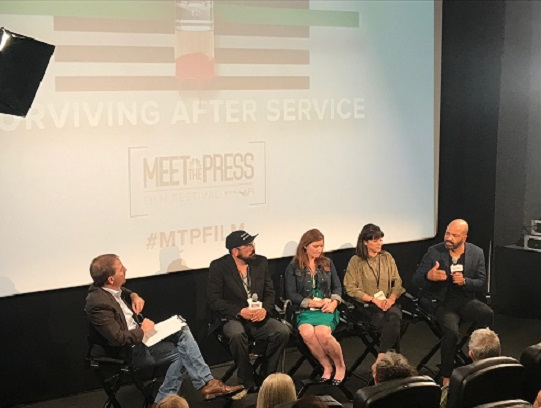 Documentary films from A&E, HBO, ESPN, Netflix, the Atlantic, MTV, and more will all be featured at the Meet the third annual Meet the Press Film Festival on Oct. 7 in D.C.

This year’s festival, which once again will be presented in collaboration with the American Film Institute, will feature 21 short documentary films from five countries covering issues of immigration, criminal justice reform, climate change, education, and racial and gender equality.

During its inaugural year, the festival showcased 16 short documentaries exploring a variety of issues, and three of the films were nominated for Oscars. Last year’s festival featured nearly two-dozen short-length documentaries focusing on issues like immigration, voting rights and gun control, just weeks before the midterms. They hailed from HBO, Netflix, The New York Times and filmmakers from across the country.

Here’s a description of what attendees can expect to see at the third annual festival:

JUSTICE FOR ALL – As part of an NBC News network-wide initiative inspired by Lester Holt’s work on criminal justice reform, these films highlight the stories that captivated the nation and put a spotlight on the advocates, organizations and lawmakers finding life-changing solutions in the fight against the drug epidemic, mass incarceration, and more.

As an aside — Chuck Todd marked his 5th anniversary moderating MTP this past weekend. The program has gone from third place to first during his tenure.