NEXT:Networks Break In to Report Death of Barbara Bush
PREVIOUS:Maria Bartiromo's Interview With George W. Bush on Putin, Trade and His Mother 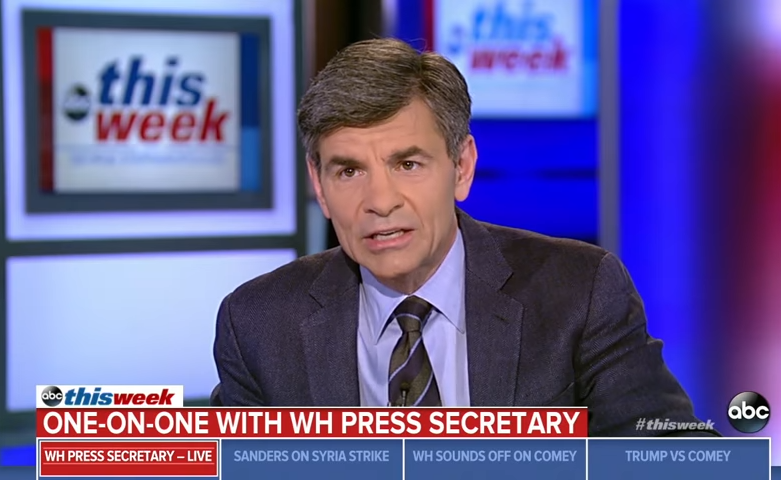 April 15 was a big day for ABC chief news anchor George Stephanopoulos. His highly-anticipated interview with former FBI director James Comey aired in prime time, and the Sunday public affairs show he hosts, This Week, was No. 1 in the ratings department.

This Week posted 3.75 million total viewers this past Sunday, the show’s largest total audience in 15 months. Compared to last year, that’s up a whopping +29 percent in total viewers. This Week also posted 934,000 A25-54 demo viewers, which is +14 percent year-over-year.

Despite a strong performance from This Week, NBC’s Meet with Press with Chuck Todd still managed to win the key adults 25-54 demographic. MTP has now finished No. 1 among all Sunday shows in the demo for 18 straight weeks, and remains the No. 1 Sunday public affairs program across the board for the 2017-2018 broadcast season to-date.

Below are the numbers for April 15: