NEXT:NBC's Willie Geist: 'I Have the Best of Both Worlds'
PREVIOUS:Here's How ABC Owned TV Stations Group President Wendy McMahon Is Modernizing Broadcasting 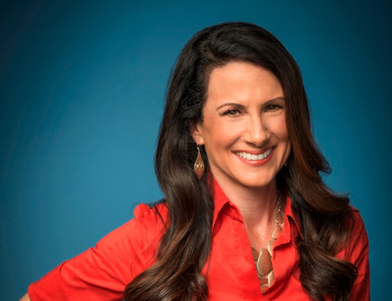 The Weather Channel was today named the 2019 Harris Poll EquiTrend TV News Brand of the Year for the ninth consecutive year, and TWC programming exec Nora Zimmett would seem to have something to do with that success.

TWC parent company Entertainment Studios seems to agree because today the company announced the promotion of Zimmett to chief content officer and evp, overseeing live and original programming for The Weather Channel as well as its renowned storm coverage.

In addition to driving the editorial and creative direction of The Weather Channel, Zimmett is adding the content development and team building for the first Spanish-language weather network – The Weather Channel en Español – to her portfolio.

“Nora Zimmett’s elevation to chief content officer/evp is well-deserved and she is the perfect person to help lead our team as we continue to grow The Weather Channel’s media and technology brand worldwide,” Byron Allen, founder, chairman and CEO of Entertainment Studios said in a statement. “Accurate and trusted weather content is an essential service and is needed to protect and save lives. Nora is an excellent executive who lives up to this enormous responsibility.”

Zimmett led the team responsible for production of The Weather Channel’s flagship morning show AMHQ (America’s Morning Headquarters), Weather Center Live, its original shows, and its world-renowned storm coverage. Zimmett has also been instrumental in developing captivating segments by taking data and turning it into tangible information for viewers through its award-winning Immersive Mixed Reality (IMR) technology that goes beyond a typical forecast report. In 2017, Zimmett led The Weather Channel to record-breaking ratings and an Emmy nomination for the team’s coverage of Hurricane Harvey. In 2018, time spent viewing for The Weather Channel leapt 31% year-over-year and delivered over 5,000 hours of live television.

“There are three categories that most people can’t do without: ‘News, sports and weather, and we own an entire category,” Zimmett told TVNewser 12 months ago, right after Entertainment Studios purchased the network.

We had previously chatted with Zimmett in October 2017 after TWC’s Advertising Week panel.

TVN: There are many ways to get the weather besides TV. You can get it on your phone, online, social media, etc. Why should cable systems continue to pay for The Weather Channel?

Zimmett: There’s no app in the world that will give you a forecast and tell you that everything is going to be OK. I’m not going to trust a bunch of numbers on a screen or a radar to walk me through what could happen to my family. That is the insurance that we provide. We have meteorologists who are analyzing the data and giving you information in a way that you can understand. It’s not just what the forecast is going to be, but we help answer questions like, “how do I protect my family?” “How do I protect my home?” “Where do I go for flood insurance?” “What do I do if I don’t have flood insurance?” Then, to be able to use pictures and video and our live augmented reality to really visualize the storm and bring people there. Look, weather is an immersive experience and it’s the one story that the audience participates in. You can’t participate by just looking at a bunch of numbers, but you can participate by watching the people you just. Jim Cantore, Stephanie Abrams, Reynolds Wolf bring you the information, and it’s why our network has been named“most trusted news brand” seven years in a row by The Harris Poll. You trust people and story tellers.