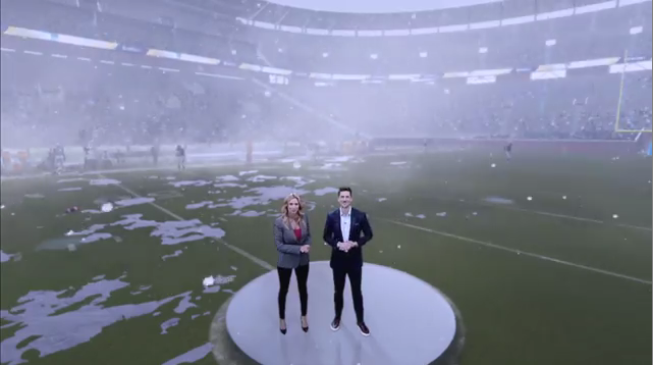 The Weather Channel has been leveraging Immersive Mixed Reality technology (IMR) in recent months to tell weather stories in a more impactful way.

There was the IMR segment where a tornado is shown destroying a TWC HQ, with the indefatigable Jim Cantore in the middle: 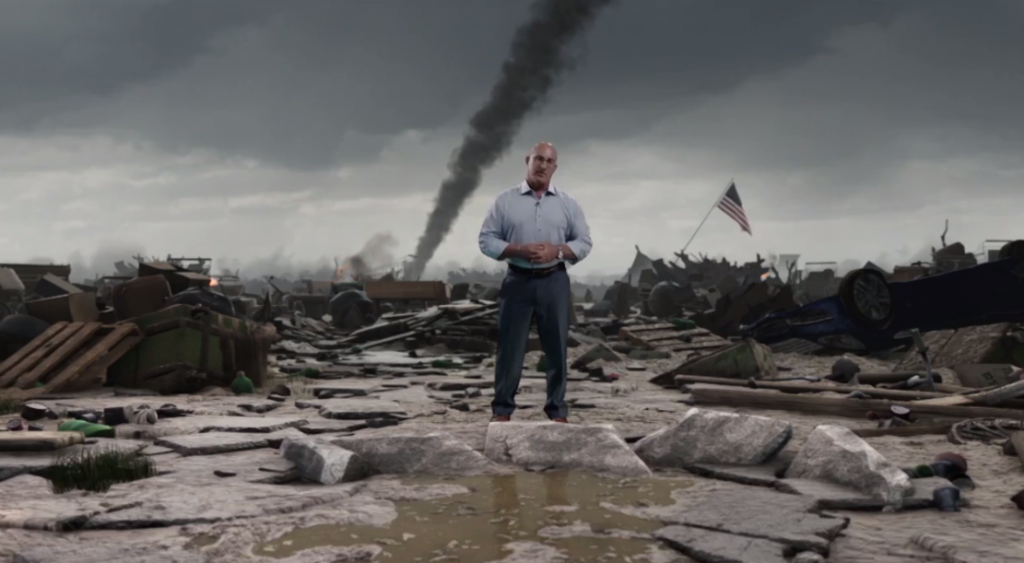 You might remember this video from over the summer of TWC’s Erika Navarro that went viral. She used IMR to explain the impact of storm surge:

Storm surge will be a huge factor for Hurricane #Florence Check out what it might look like with @TWCErikaNavarro: pic.twitter.com/TPqTZTmiAM

TWC used Immersive Mixed Reality technology to show a wildfire overtaking a field. Who says TV newsers can’t report from the scene of a wildfire?? 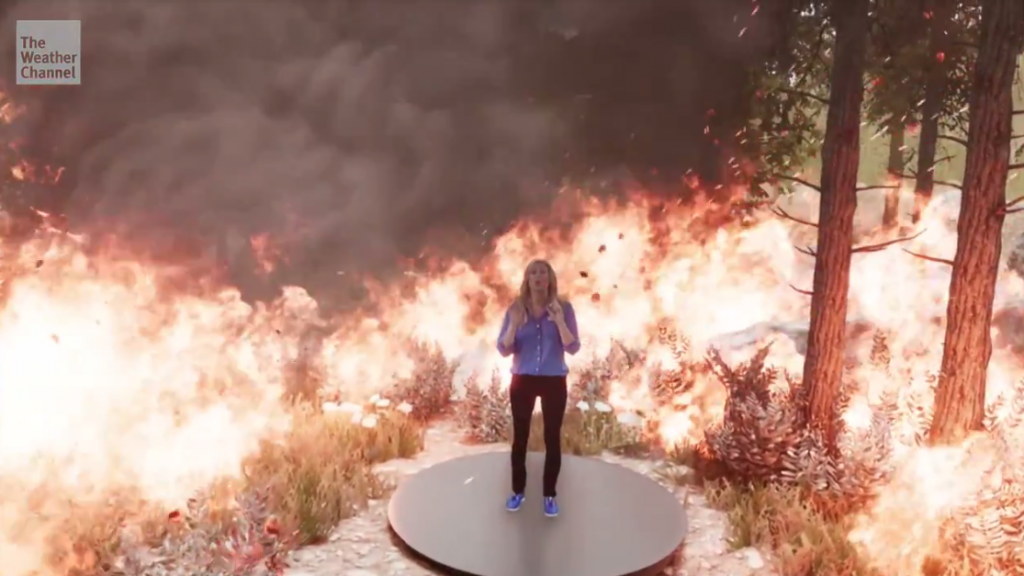 The network released a new IMR segment this morning, and this one is college football-focused.

For this particular segment, The Weather Channel on-air meteorologist Stephanie Abrams partners with SEC Network analyst Jordan Rodgers to show –using IMR technology– how inclement weather can impact how a quarterback can throw the football.

Viewers are transported from TWC studios to the 50-yard-line of a 100,000 seat stadium, with fans filing into the stadium and players warming up. The weather transitions from rain, to cold, to wind. A former QB at Vanderbilt, Rodgers explains the challenges each weather condition will bring to a quarterback, while Abrams explains the science behind why such weather related challenges exist.

It’s a fun Friday item for all of you weather and college football junkies.