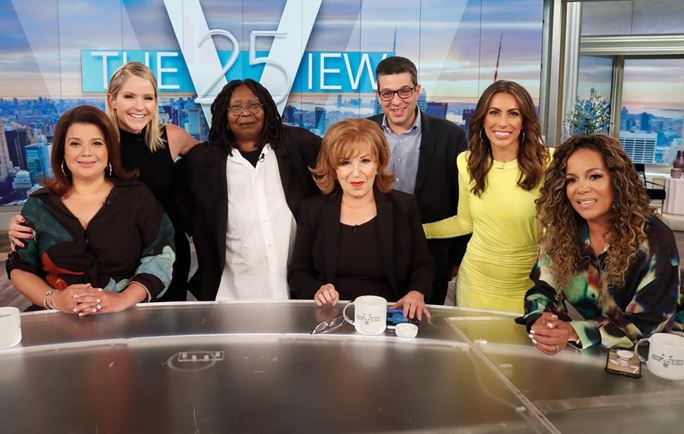 Farah Griffin will join moderator Whoopi Goldberg, Joy Behar, Sunny Hostin, and Sara Haines as a full-time co-host for Season 26 of the broadcast.

The communications strategist served as top spokesperson for the president, vp and secretary of defense from 2017-2020. However, she has been a frequent on-air critic of Trump since the Jan. 6 insurrection.

”We promised to take a little time to fill the seat and we have found the right match and a welcome addition to the show with Alyssa,” The View ep Brian Teta told ABC News. “She is willing to share her unique political experience and brings a strong conservative perspective, while holding her own in tough debates with her co-hosts and guests on both sides of the aisle.”

WELCOME TO ‘THE VIEW,’ ALYSSA! We are thrilled to welcome @Alyssafarah Griffin as a co-host of @TheView as we gear up for season 26! https://t.co/cVclFZQmjA pic.twitter.com/QIjcB39a53

Political media personality and strategist Ana Navarro was also named a co-host of the program on Thursday. She has been a consistent presence on The View for years, joining ABC’s daytime panel talk show as a contributor in 2015 and serving as a guest co-host since 2018.

Navarro’s new deal with ABC News means she won’t appear every day on the show, despite being named a co-host. She explained on air Thursday that she “wasn’t ready to make a full-time commitment” to the show, citing her life in Miami and how frequently she travels.

“Ana has made an indelible impact on ‘The View’ since the first time she joined us at the table,” Teta added. “She is a strong independent thinker with savvy insight, not to mention that she is whip-smart and fiercely funny. We are very happy to officially welcome her as a co-host.”

ANA BECOMES OFFICIAL ‘VIEW’ CO-HOST: We are excited to announce @ananavarro will be joining @TheView officially as a co-host as we get ready for season 26! https://t.co/8tVpQLj075 pic.twitter.com/1XTxxvRLtU