NEXT:Scoreboard: Tuesday, May 30
PREVIOUS:The Top Cable Networks of May 2017 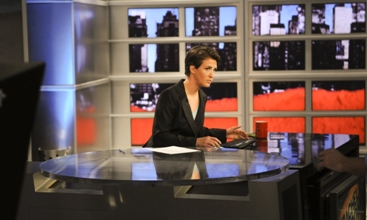 Fox News’s Tucker Carlson Tonight was the most-watched program across cable news for the month of May, averaging nearly 2.7 million total viewers in the 8 p.m. hour. Despite the No. 1 ranking, that’s a -10 percent decline from the network’s 8 p.m. total viewer delivery in May 2016. Carlson’s program came in at No. 2 overall in the news demo, and out-performed the network’s May 2016 8 p.m. demo average by +7 percent.

MSNBC’s The Rachel Maddow Show was the No.1 cable news program of the month in the key A25-54 demographic, and the No. 2 program in total viewers. Maddow delivered +120 percent year-over-year growth in total viewers and +125 percent growth in the news demo from its May 2016 performance.

The cable news morning show race for May 2017: