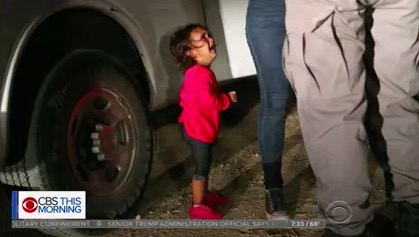 There’s a photo of a little Honduran girl that has come to symbolize the crisis of family separation at the border. The toddler is seen crying as a border patrol agent searches her mother after the two had just illegally crossed into Texas.

CBS’s David Begnaud set out to find the agent and the photographer who took the picture, which has been photo-illustrated onto the cover of this week’s Time magazine with President Trump looking down on her. 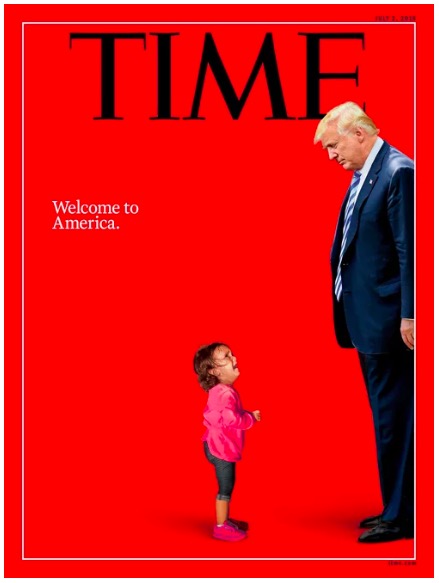 On CBS This Morning Begnaud said the little girl and her mother were never separated in the 72 hours that they were detained. And as for the moment that image was taken: “It took less than two minutes,” the agent told Begnaud. “As soon as the search was finished, she immediately picked the girl up and the girl stopped crying.” Here’s Begnaud’s story: