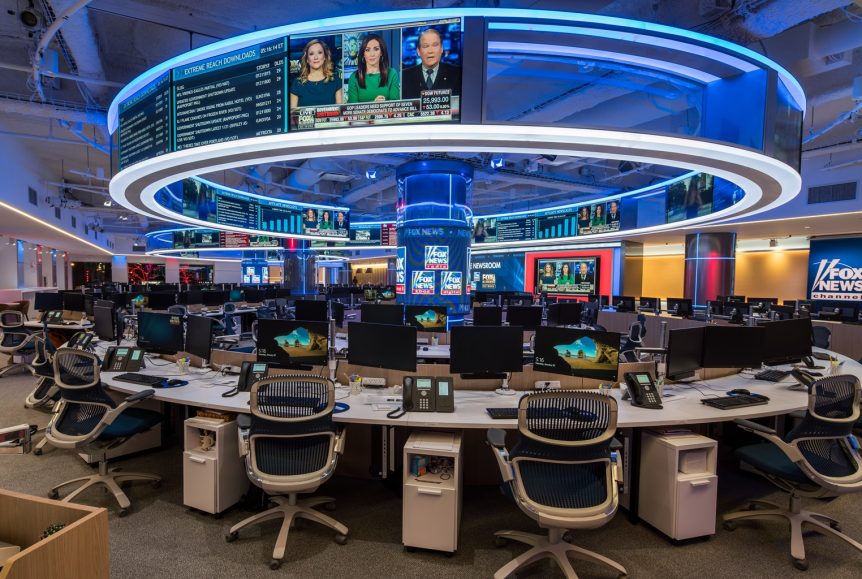 President Trump praises various Fox News and FBN programming on what seems like a daily basis. But its polling operation? Not so much.

As L.A. Times media writer Steve Battaglio notes in his profile of FNC’s polling unit, Trump remarked to reporters back in August: “My worst polls have always been from Fox. There’s something going on at Fox, and I tell you I’m not happy with it.”

Fox News politics editor Chris Stirewalt recognizes the surprise some people might have when Trump goes after his go-to network’s polling operation.

“When Trump does things like this, people say ‘Can you believe it?’ ” Stirewalt tells the Times “And I say, ‘Yes, of course I can believe it because every political figure in every cycle has done it.‘ Complaining and trying to game the refs about polls and coverage is not a new thing.”

The polling operation has a reputation of being a nonpartisan source of research on voting and public opinion.

“They are just honest numbers,” Democratic pollster Joel Benenson, chief executive of Benenson Strategy Group, told the Times. “Trump doesn’t like them because they are honest numbers and they are horrible for him.”

FiveThirtyEight editor Nate Silver seems to agree about the nonpartisan nature of the network’s polling, and gives it an “A” rating — based on accuracy and methodology — in a report card of pollsters he issued in May 2018.

Who’s part of the Fox News polling team? In addition to Stirewalt, it’s a mix of political scientists and statistical analysts from both sides of the political aisle.

Arnon Mishkin runs the decision desk, and has done so since 1998. He decides when to call political races during network election night coverage.

He tells the Times that FNC executives never have told him when a call should be made, even if the results might cause right-leaning viewers to tune out.

Dana Blanton is the vp of public opinion research at the network, and has overseen polling at the network since it launched in 1996. Since 2011, Blanton has used a bipartisan team to gather data for Fox News, including Beacon Research President Chris Anderson, a Democrat; and Daron Shaw, a Republican, of Shaw & Co. Research are also on the team, and work at the decision desk on the election night.

While the Fox News poll is respected by the experts, and features researchers from both sides of the aisle, that hasn’t been enough to sway DNC chair Tom Perez into allowing FNC the opportunity to host a Democratic primary debate.

Stirewalt said he continues to lobby the DNC for a debate. So far, it hasn’t worked. Perhaps that’ll change.